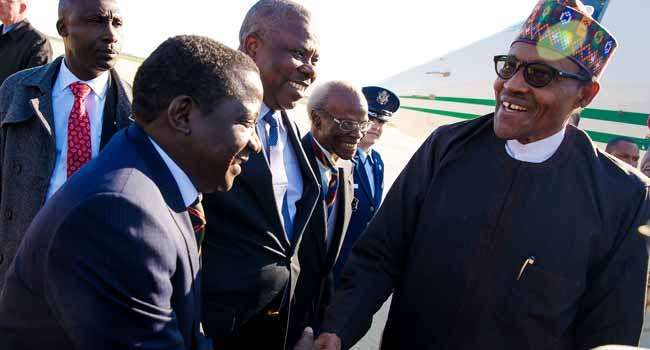 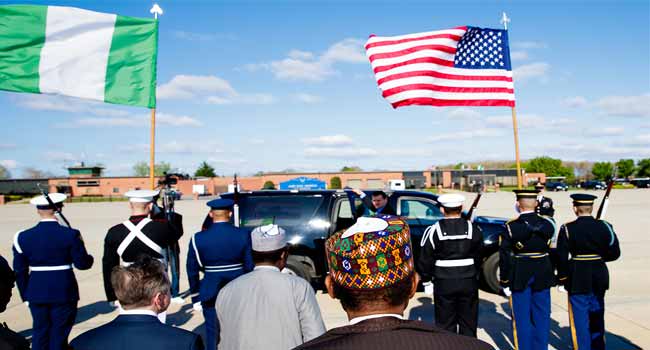 President Buhari Arrives In Washington For Meeting With Trump

President Buhari Arrives In Washington For Meeting With Trump

The president arrived Washington DC ahead of his official visit to the US and bilateral meeting with President Donald Trump yesterday. 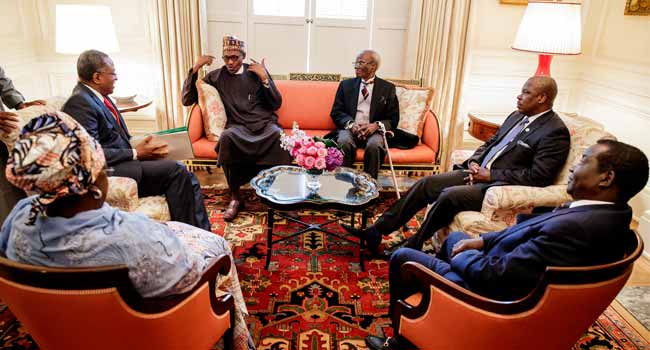 The Senior Special Adviser to the President on Media and Publicity, Garba Shehu  who made this known also said the meeting between Presidents Trump and Buhari will centre on security especially on the fight against terrorism among others.

He said the relationship between Nigeria and the US has recorded remarkable improvement since the beginning of President Trump’s administration noting that the President once lamented for allegedly not receiving deserved support from the previous Barack Obama-led administration.

“It is important that cooperation between the two countries have manifestly increased under the Trump’s presidency. If you recall sometime back, the President had reason to openly complain that we are not receiving as much as we thought we deserve in terms of support and cooperation especially in our fight against terrorism back then during the Obama period.

“And it will seem that quite dramatically and interestingly, a lot of the obstacles are being removed under the Trump’s presidency and doors are being opened and we are receiving far more support than most people had expected,” Shehu said.

Mr Femi Adesina, President’s Special Adviser on Media and Publicity, in a statement also said that “The meeting will further deepen the US-Nigeria relationship as the United States considers Nigeria’s economic growth, security and leadership in Africa to be critical aspects of their strategic partnership.”

The statement added, “In the area of aviation, the Nigerian officials will be meeting with Boeing, the largest aircraft manufacturer in the world, on the National Carrier Project.

“On agriculture, they will meet with large equipment manufacturers with focus on harvesting and post harvesting equipment.

“In the area of transportation, the officials will meet with the GE-led consortium for the implementation of the interim phase of the narrow gauge rail concession.

“In the interim phase, a substantive concession agreement will be negotiated and finalized to provide the consortium the opportunity to invest an estimated $2bn, to modernize the rail line from Lagos to Kano (Western Line) and from Port Harcourt to Maiduguri (Eastern Line). During the meeting, the concession framework and the interim phase framework agreements are expected to be signed.