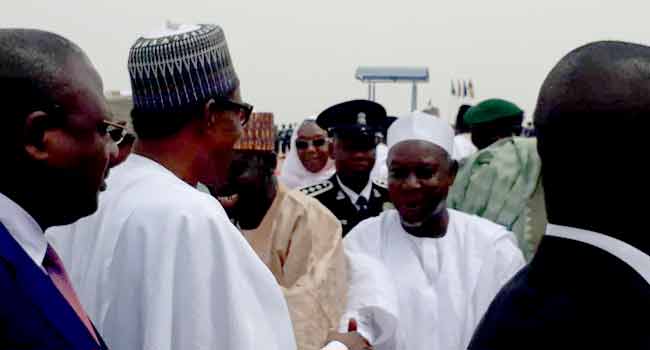 The Bauchi state chapter of the People’s Democratic Party (PDP), has alleged that the State Governor, Mohammed Abdullahi Abubakar deceived the President to visit the state only for him to commission uncompleted projects and 500 tractors hired by the government ahead of the President Buhari’s visit.

The state Publicity Secretary of the party, Yayanuwa Zainabari who made this known to Naija News claimed that the distribution of those tractors was not worth the President’s visit because according to him, the Mohammed Abubakar led APC administration has failed to complete any tangible projects within the last three years despite the bailouts and other funds it collected.
The PDP said that “It’s unfortunate that the governor would invite the President to come all the way from the nation’s capital without any visible projects on the ground to commission..”
The party further alleged that “the work on Maiduguri bye-pass to Awalah roundabout had been ongoing more than two years despite the fact that the money for the project was given by the Federal Government but the state government only rushed to complete it two days before the president’s visit to the state. So, I fear that the road may not last long because they didn’t do quality work “.
The PDP Publicity Secretary, therefore, called on the citizens of the State to vote out the All Progressive Congress (APC) led government in the next election alleging that “the Governor has failed woefully due to his ineptitude and cluelessness”.
READ ALSO  State Of The Nation: PDP Seeking Relevance - APC

The APC leadership or any official of the state government was yet to react to the allegations as as the time of publishing this report.