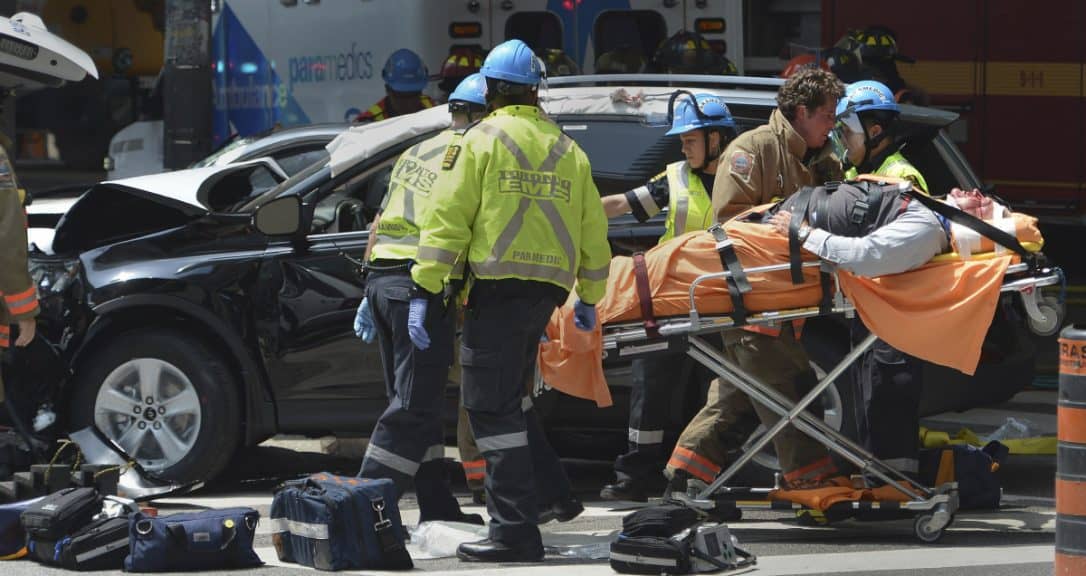 Thousands of people gathered yesterday to pay tribute to 10 people who were killed after a van crushed them on a walkway in Toronto last week.

Ten candles, sheltered from the wind by tealight holders, were placed on a stage in memory of the eight women and two men struck by a rental van driven by Alek Minassian on Monday.

The victims were killed an a walk way as the suspects drove along the walk way. The victim ages ranged from 22 to 94, while sixteen others were injured.

“Love for all, hatred for none,” was the message seen on large posters and blue T-shirts in the crowd, which included Prime Minister Justin Trudeau.

“Our sorrows are reflected in the eyes of the stranger beside to us. We stand together,” said Reverend Alexa Gilmore of the Windermere United Church, opening the somber event, which saw representatives from each of Toronto’s diverse range of religious communities offer tribute.