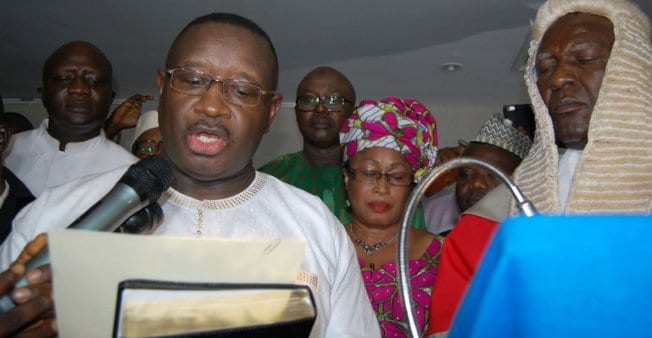 Sierra Leone’s President Julius Maada Bio has sacked all political appointees at the country’s foreign missions including ambassadors and information attachés, above 60 years of age.

Julius Maada Bio of the Sierra Leone’s People’s Party who was declared president earlier this month also retired all workers in the public service who have attained the age of 60, except those under special employment approved by parliament.

The sackings were contained in an executive order by President Maada Bio in which he announced a wide range of measures to reduce financial waste. He also embargoed recruitment in the public service.

Here are the measures announced on Wednesday:

“With immediate effect, purchase of vehicles by all Ministries, Departments and Agencies (MDAs) and public corporations has been banned until a new Fleet Management Policy is put in place.”

“Payment for fuel, telephone and internet services to public servants in Ministries, Departments and Agencies for their residences are suspended with immediate effect pending a new benefit policy.”

“All commitments by MDAs relating to overseas travel including cost of tickets should be within their approved budgets and must be cleared with the Ministry of Finance to ensure they are cost-effective and within budgetary limits.”

“In line with Section 23 of the Bank of Sierra Leone Act 2011, prices for contracts shall be quoted and payable only in the local currency (Leone). All existing contracts already quoted in foreign currency shall therefore be paid in Leones.”

“All new contracts by MDAs and public corporations should be cleared by the Ministry of Finance to ensure they do not constitute a financial risk to the national budget.”