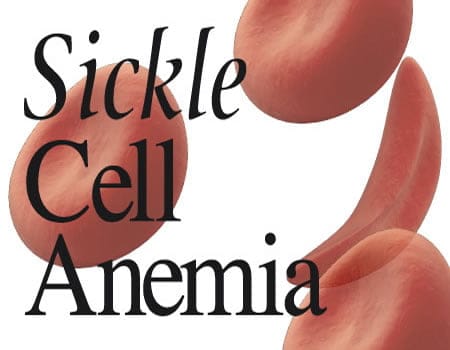 Seven adults patients diagnosed with sickle cell anemia have being cured by doctors at the university of Illinois Hospital using stem cells from donors who were initially thought to be incompatible, thanks to a new transplant treatment protocol.

The new technique is contained in a report by doctors in the journal Biology of Blood and Marrow Transplantation.

The new results shows that patience with aggressive sickle cell disease can receive stem cells from family members if only half of their human leukocyte antigen (HLA) markers match. Initially, the family member had to have a full set of matching HLA markers, or “fully-matched” donor.

Naija News learnt HLA markers are proteins on the surface of cells that help to regulate the immune system. The human body uses these proteins to identify which cells belong in the body and which cells do not.

HLA markers are inherited from parents, as a result, family members are the ones most likely to have matching proteins.

In transplants, since the HLA markers between the patient and the donor are matching, this would limit the risk that the patient’s body will reject the donor cells.

This over time had proved to be a problem as while doctors always try to find a closely matched donor for patients who need a stem cell transplant, only 20 percent of sickle cell patients have a family member with a full set of matching HLA markers.

“We have made great strides curing adults with sickle cell disease with stem cell transplants, but the unfortunate truth is that the majority of these patients have, until now, been unable to benefit from this treatment because there are no fully-matched HLA-compatible donors available in their family,” said corresponding author Dr. Damiano Rondelli, the Michael Reese Professor of Hematology and director of the Blood and Marrow Transplant program at the University of Illinois at Chicago.

Rondelli and his team run the largest adult sickle cell program in the Chicago area and pioneered the use of chemotherapy-free fully-matched stem cell transplants for sickle cell patients nearly six years ago.

Now, by allowing for “half-matched” donors, the new treatment protocol, which uses only a small dose of chemotherapy, significantly increases the number of potential donors for each patient.

The doctors screened 50 adult sickle cell patients as candidates for a half-matched stem cell transplant between January 2014 and March 2017.

“We modified the transplant protocol by increasing the dose of radiation used before the transplant, and by infusing growth factor-mobilized peripheral blood stem cells instead of bone marrow cells,” Rondelli said.

“These patients are cured of sickle cell disease,” Rondelli said.

“The takeaway message is twofold. First, this transplant protocol may cure many more adults patients with advanced sickle cell disease,” he said.

“Second, despite the increasing safety of the transplant protocols and new compatibility of HLA half-matched donors, many sickle cell patients still face barriers to care — of the patients we screened, only 20 percent underwent a transplant.”

Rondelli says that medical insurance denial accounted for 20 percent of the lack of access to the transplant. Other factors included personal decisions and high rates of donor-specific antigens in patients who had received frequent blood transfusions.