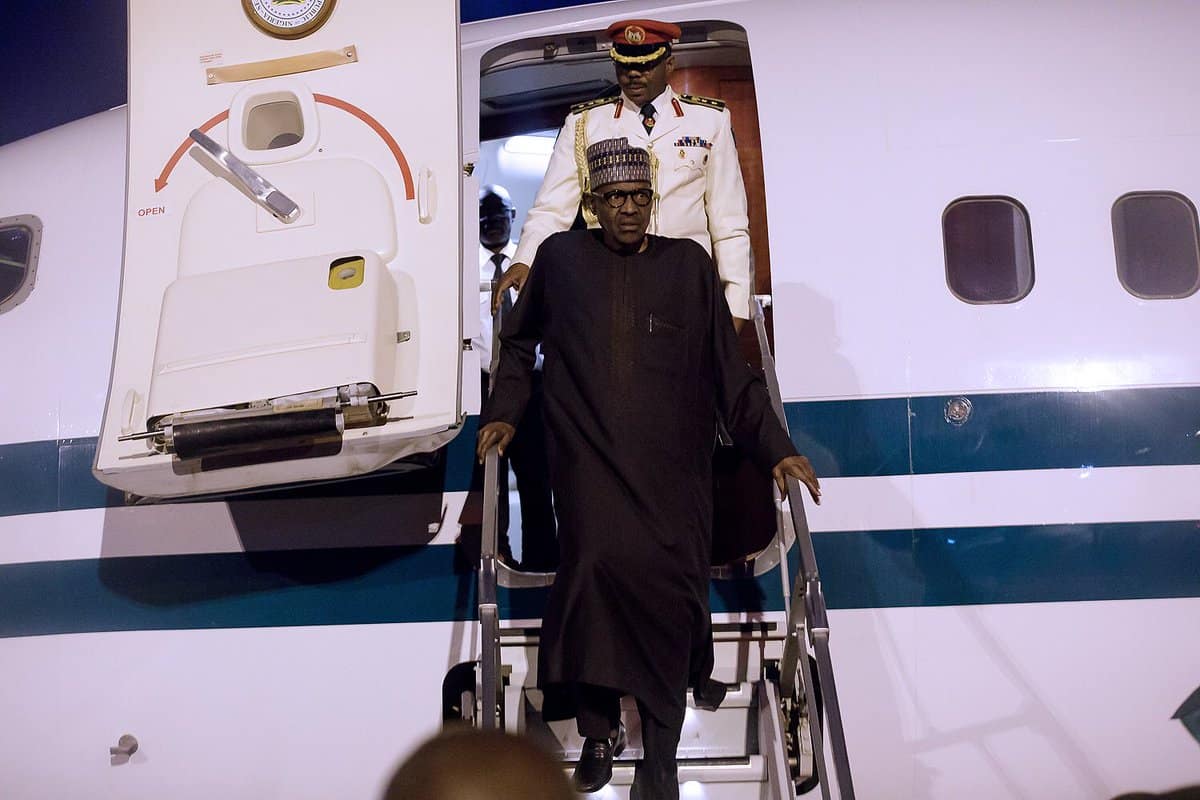 President Buhari set to jet out to London

President Muhammadu Buhari will be going for a working visit to the United State to honour the invitation of President Donald Trump.

Mr Femi Adesina, President’s Special Adviser on Media and Publicity, in a statement in Abuja on Friday disclosed that Buhari while in America would hold bilateral meeting with President Trump and a working lunch on April 30.

Adesina said that the meeting would dwell on strategic partnership between the two countries.

He said the meeting would also advance shared priorities, such as: promoting economic growth, fighting terrorism and other threats to peace and security.

“The meeting will further deepen the US-Nigeria relationship as the United States considers Nigeria’s economic growth, security and leadership in Africa to be critical aspects of their strategic partnership.

“Later in the day, President Buhari will meet with a group of business persons in agriculture and agro-processing, dairy and animal husbandry,’’ he added.

He added that meetings between senior Nigerian Government officials and executives of major US companies in the areas of agriculture, aviation and transportation have been scheduled for the 26th and 27th of April during the sideline of Buhari’s meeting with US president.

He said that in the area of aviation, the Nigerian officials would be meeting with Boeing, the largest aircraft manufacturer in the world, on the National Carrier Project.

The presidential aide said: “On agriculture, they will meet with large equipment manufacturers with focus on harvesting and post harvesting equipment.

“In the area of transportation, the officials will meet with the GE-led consortium for the implementation of the interim phase of the narrow gauge rail concession.

“In the interim phase, a substantive concession agreement will be negotiated and finalized to provide the consortium the opportunity to invest an estimated $2bn, to modernize the rail line from Lagos to Kano (Western Line) and from Port Harcourt to Maiduguri (Eastern Line).

“During the meeting, the concession framework and the interim phase framework agreements are expected to be signed.’’