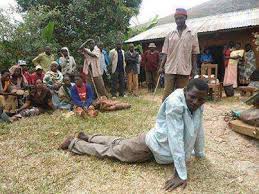 Man In Court For Stealing Fan

30-year-old man Musa Jimoh, has been sentenced to five strokes of cane by the Kubwa Grade 1 Area Court for stealing a standing fan.

The Judge, Mohammed Marafa, thereafter warned him (Jimoh) to be of good behaviours and desist from such act.‎

Jimoh was said to have stolen a Binatone standing fan from a Peace Mass Transit Company, Mpape, Abuja, on April 8, Naija News understands.

The prosecutor, Babajide Olanipekun said that Jimoh took the fan to Byazhin Kubwa, Abuja, in an attempt to sell it but was caught and arrested on April 10 and the fan recovered from him.

He said that the offence contravened Section 286 of the Penal Code.

Jimoh pleaded for leniency, saying that he stole the fan in order to use the proceeds to travel for his late mother’s burial.