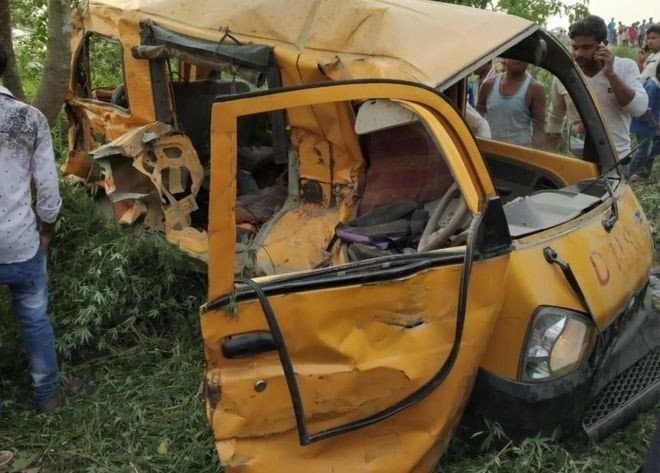 A train which smashed into a small school bus in northern India, has ledd to the death of at least 13 children and five critically injured, an official said.

The students, whose age are below 10, were being driven to class in Uttar Pradesh state when a passenger train collided with their vehicle at an unmanned railway crossing.

“Three succumbed to the injuries at the hospital and five remain critical,” he added.

Local television showed footage of dozens of locals attempting to rescue the children from the vehicle’s mangled wreckage.

Record has it that India has some of the world’s deadliest roads, claiming the lives of more than 150,000 people each year.

Earlier this month, 23 children and four adults were killed when a driver lost control of a school bus, which plunged into a 100-metre deep gorge north of Delhi.

India is home to hundreds of railway crossings that are unmanned and particularly accident prone, with motorists often ignoring oncoming train warnings.

Nearly 15,000 people die on the country’s railways every year, according to a 2012 government report. India has vowed to upgrade unattended railway crossings next year to reduce fatal accidents.