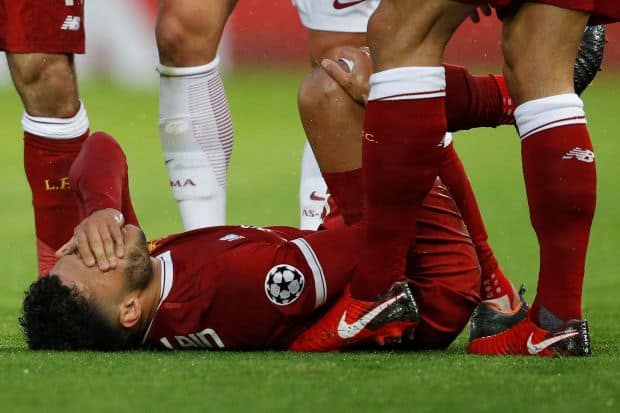 England midfielder Alex Oxlade-Chamberlain will miss the World Cup in Russia after sustaining knee ligament damage while playing for Liverpool against AS Roma in the Champions League on Tuesday.

The 24-year-old left the field on a stretcher after a collision with Roma full back Aleksandar Kolarov in the first half of Liverpool’s 5-2 first-leg victory at Anfield.

“Absolutely devastated to have picked up this injury at such a crucial time in the season,” “Gutted I won’t be able to play any further part now in our Champions League run for Liverpool and also the World Cup with England.” Oxlade-Chamberlain said in a statement on Twitter yesterday.

Oxlade-Chamberlain had become an important component in Liverpool’s midfield in recent weeks, cementing his place in the side following the departure of Philippe Coutinho to Barcelona in January.

The 2018 World Cup will be the third international tournament that Oxlade-Chamberlain has missed due to a knee problem.

The midfielder, who moved to Liverpool from Arsenal at the start of the season, missed the World Cup in 2014 after being injured in a warm-up match with England. He also sat out the 2016 European Championship with a similar injury.