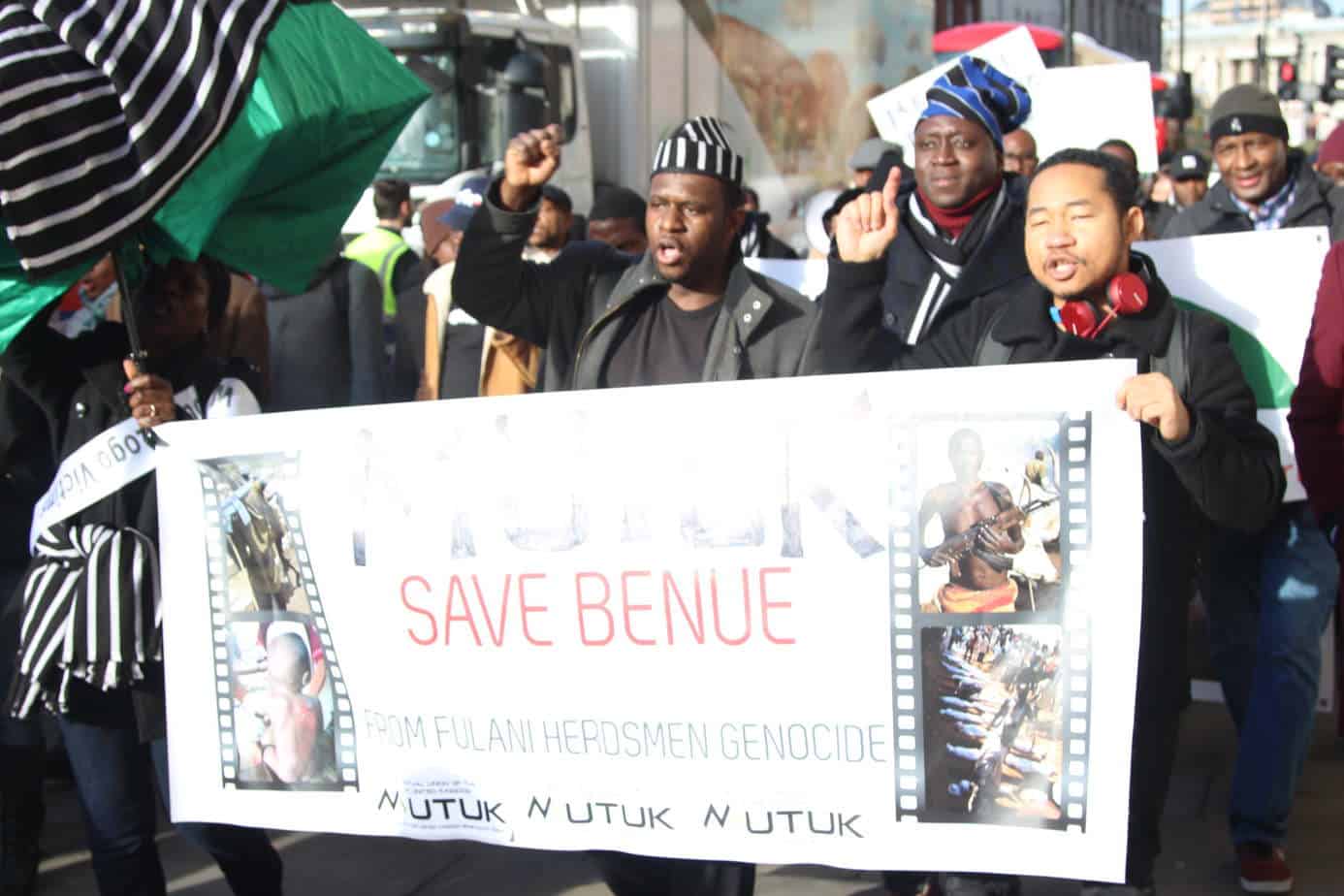 CAN calls for nationwide protest against herdsmen killings

CAN Reacts To Benue Killings, Calls For Massive Protests Against Killers

The Christian Association of Nigeria, (CAN), has called for a nationwide protest against killings and bloodshed in the country.

The CAN President, Rev. Olasupo Ayokunle, in a statement earlier today, urged Christians to hold peaceful protests within their church premises on Sunday April 29, 2018.

Rev.  Ayokunle who made the call against the backdrop of the Tuesday killing of two priests and 17 worshippers at St. Ignatius Catholic Church, Mbalom, Benue State said:

“CAN urges Christians in Nigeria to hold peaceful protest on the set aside date, in the premises of their churches asking the Federal Government and the security agencies to stop the unending killings and bloodshed in the country.

“Christians are to carry placards with inscriptions meant to address issues about sustained killings, attacks and destruction of their property in Nigeria.

“The inscriptions on placards could read, ‘Enough of bloodshed in Nigeria,’ ‘Enough of unlawful killings in the country’, ‘FG, Release Leah Sharibu from the bondage,’ ‘FG, Stop Herdsmen Killings,’ CAN rejects FG’s poor handling of insecurity.’”

The cleric admonished the government to perform its constitutional responsibility of protecting the citizens, noting that no excuse is tenable for the bloodshed, stressing that the perpetrators must be brought to book.

“CAN seizes this medium to appeal to the government of President Muhammadu Buhari to mount different effective plans aimed towards disarming herdsmen across the northern states and in communities where they have been wreaking havoc across the country in national interest,” the statement added.

The CAN President also reminded Christians to pray for bereaved families of those attacked by the Boko Haram terrorists, armed herdsmen, and other criminals in the past couple of months across the country.

“CAN reminds Christians across the federation the importance of the forthcoming general elections and the need for them to fully participate this time, by trooping to obtain their voter cards with which to play a role in the emergence of new set of political leaders who could guarantee their security and safety,” the group advised.