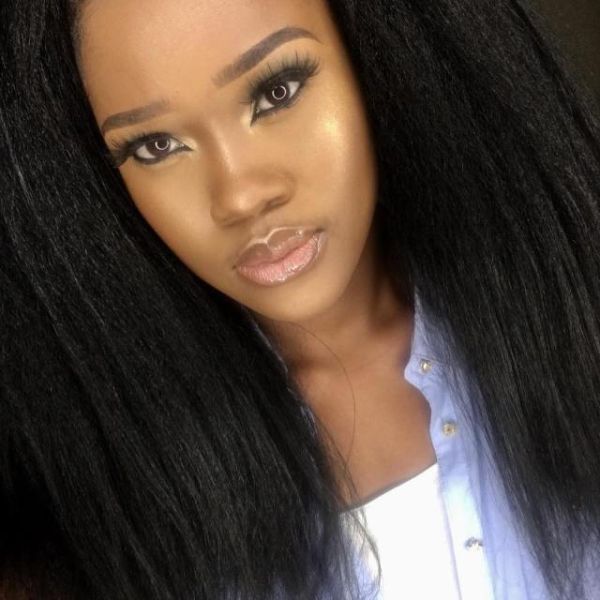 Cee-c, who emerged First runner up in the just concluded reality show, was assaulted on Monday upon her arrival from South Africa at the Murtala Mohammed International Airport, Lagos.

Some of the fans of the show have taken to their social media page to react to the incident that took place at the airport.

Here are some reactions gathered by Naija News:

@Thorlulopeyy: “Nigerians need to calm down! BBN is over but y’all are still angry! Ceec was attacked at the airport! I dont like her, but it’s not that serious naa haba! You all are doing the same thing you are accusing her of! Shame on whoever did that man. big shame on you.”

@Toyin_xx: “Ceec was attacked and booed at the airport leaving her in tears, I know she is not the best person but you all really need to chill.”

@zandilemthemb11: “I’m so sad to hear that Cee-c got attacked that’s like woman abuse that’s uncalled for Nigeria it was just a game no need to get all worked up its not like the girl won anything.”
@Abeni223: “Thank God I watched that Tobi and team Tobi on IG and I didn’t see anyone attacking Cee-C. It was even one lady that was telling Tobi’s brother that some people attacked Cee-C. It was all joy and love for Tobi, nobody has time for Cee-C.” 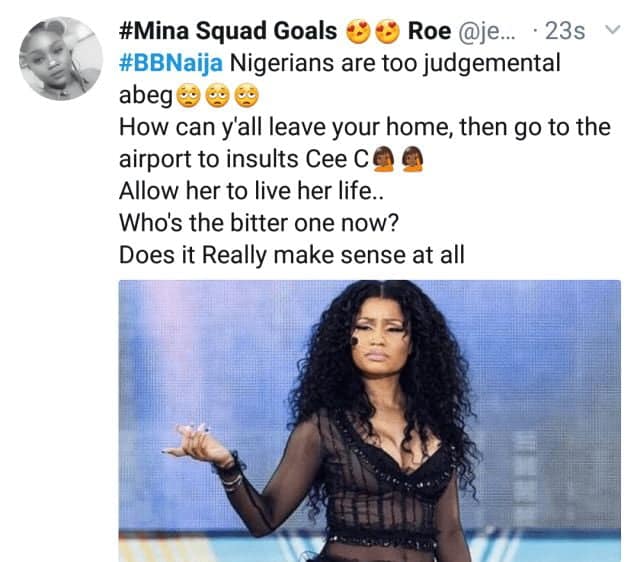 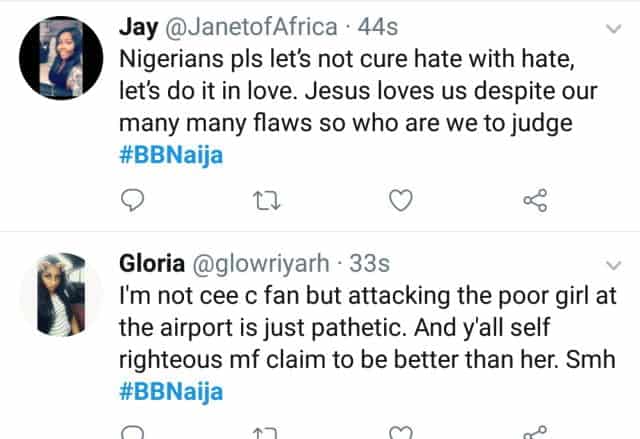