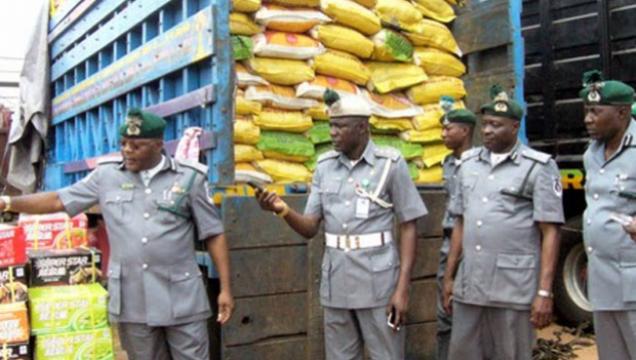 The Nigerian Customs Service (NCS) has arrested six persons in and around the Idiroko border areas of Ogun State over smuggling.

Sani Madugu, the outgoing controller of the command, made this known while having a news conference with news men in Idiroko while handing over to the new controller, Ojobo Agbara, over the weekend.

Madugu said the arrest was made possible following the promise made by the Area Command on March 23 to apprehend and prosecute smugglers.

In his statement he said, “We promised to come up with measures towards apprehension and prosecution of smugglers to serve as deterrent to others.

“From the date we made the aforementioned pledge, six suspects had been arrested with various kinds of prohibited items suspected to have been smuggled into Nigeria.

The processes of prosecuting these unpatriotic members of the public in court of law are ongoing.”

Madugu said the command also recorded a total of 110 seizures with a duty paid value sum of N731,009,781.00 in the area of anti-smuggling under the same period.