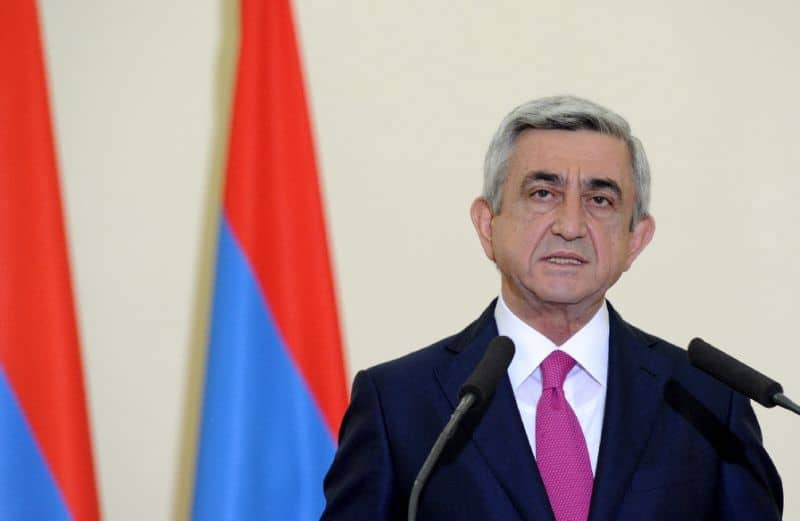 Armenia’s Prime Minister Serzh Sarkisian resigned today after a mass protest stating his election and assumption of power was seen as a blatant grab of power by the opposition party.

“I am leaving the post of the country’s leader,” Sarkisian said in a statement through his press men few days after he took office.

“Nikol Pashinyan was right,” he said referring to the leader of the protests. “I was wrong.”

Sakistan,a shrewd former military officer, who had served for a decade as president after he was elected in 2008, was again elected last week as prime ministers, which was described by opposition as a move to extend his rule under a new parliamentary system of government.

After the 2008 vote, about 10 people died in clashes between police and supporters of the defeated opposition candidate.