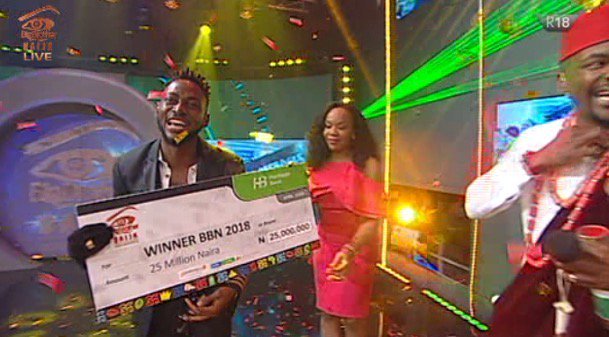 Miracle Is The Winner Of Big Brother Naija 2018 #

Miracle, one of the big brother naija final contender has been declared the Winner of BBNaija 2018 reality TV show.
Miracle would go home with N45 million star prize which includes N25million cash, N20million in prizes.

Miracle was given birth to in Lagos State and residesnin Owerri, Imo State, Nigeria. He’s a trained pilot who recently graduated from the aviation school, he enters the Big Brother Naija house with his pilot license tightly in hand.

He’s single and his love of dancing and camping is only parallel by his sense of fashion, especially his skinny jeans.

Miracle had earlier won the season’s Payporte arena games challenge with a prize of N1 million.

He also won the Pepsi Challenge carting away the sum of N1 million.

Miracle as well won N1 million in the close-up challenge