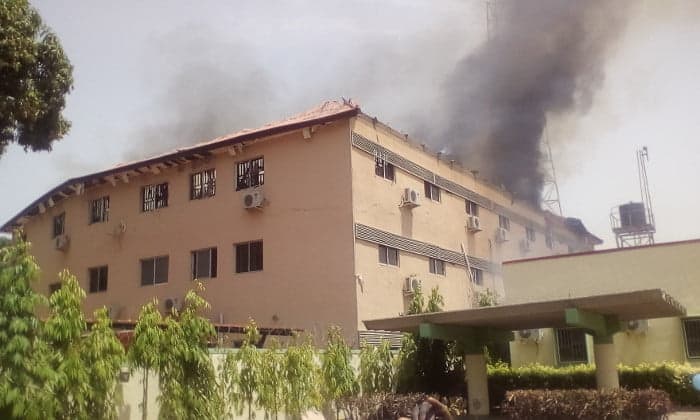 The two-storey building of Kaduna State Independent Electoral Commission (KADSIECOM) has been razed by fire on Saturday, few weeks before the Local Government Election in the state.

Eye witness told the News Agency of Nigeria (NAN) that the huge fire was noticed around 11: 24 a.m. on top of the building located along Sokoto Road, GRA, Kaduna.

The eye witness claimed that they notice a thick smoke coming from the building which was immediately followed by a huge smoke.

Even as fire fighting officials were seen putting out the fire, the cause of the fire had yet to be ascertained.

As at press time, Chairperson of the Commission, Mrs Saratu Dikko, who arrived at the commission’s premises with other officials, declined to comment.

The Agency had said it procured six thousand electronic machines and card readers for the May 12 LGs elections.