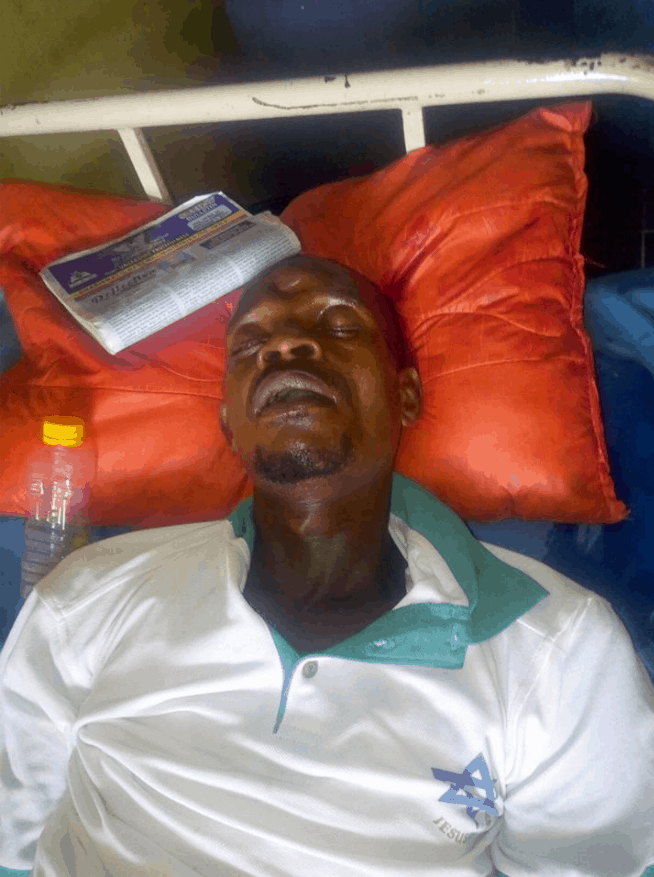 Following the Joint Health Sector Unions, JOHESU’s decision to go on an indefinite strike and threaten to disrupt every medical facilities in the country, reports from Edo State confirmed that normal healthcare services have been disrupted by the strike.

While some patients were seen being attended to by some doctors, relatives of others were seen evacuating their sick ones from the hospitals for alternative medicine.

Naija News learnt  that the medical and surgical wards of the hospital were empty as all patients were discharged due inadequate manpower to manage them.

The accidents and emergency ward, pediatric unit and labour room were the busiest areas in the hospital.  Other departments in the hospital like Pharmacy, Laboratory and Medical Records were all managed by the heads of the departments.

They all appealed to government to address the demands of the striking healthcare workers in order to strengthen the health sector.

They also called on the aggrieved workers to consider their plight and save lives.

In Gusau, the management of the Federal Medical Centre (FMC) has made arrangement for skeletal services to cushion the effect of the strike on patients.

In a report by NAN, a medical doctor, who preferred anonymity, said humanity was considered very important in medical service.

“In this regard, attention is given to emergency cases in order to avoid loss of lives during the industrial action,’’ the source said.

A patient’s relative, Malama Hauwau Suleiman, said her child was managed well, adding “as you can see there are about five doctors in the ward right now.

“We are not facing any problem even though there is strike in the hospital’’.

Report also confirmed that services were also being offered at the National Health Insurance Scheme (NHIS) clinic of the hospital where patients were seen waiting to see doctors.

A report from Benin said some pregnant women had accused JOHESU members of insensitivity to their plight.

Mrs Agnes Osamudiame told news men  that she was in the last phase of her third trimester, and was in the hospital for her weekly antenatal check, but did not see any medical staff to attend to her for hours.

She, however, pleaded with the government to urgently attend to the demands of the striking health workers, saying that their services were indispensable.

Also, a man who simply gave his name as Mr Nwogheren, claimed that his pregnant wife died as a result of the strike.