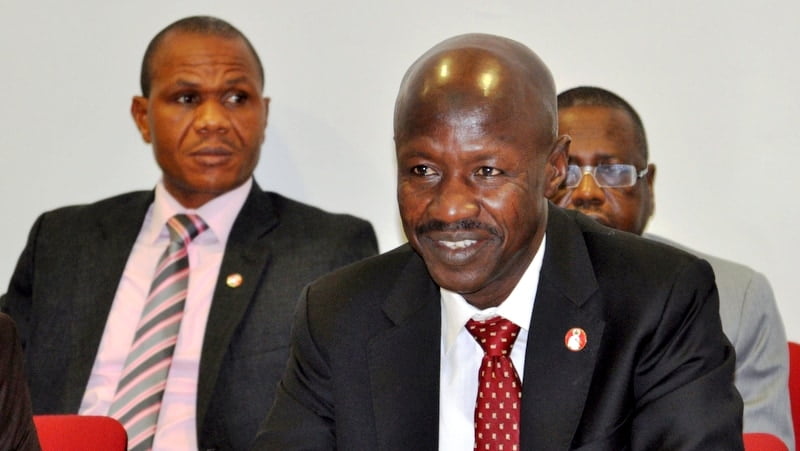 The Police Service Commission (PSC), has announced the promotion of  the Acting Chairman of the Economic and Financial Crimes Commission (EFCC), Mr. Ibrahim Magu, to the rank of Commissioner of Police.

Mr Ikechukwu Ani, the head of Press and Public Relations of the commission said that the former Deputy Commissioner of Police was among the 17 other senior police officers promoted.

The announcement of the Promotion of the EFCC boss, Ibrahim Magu was made public at the commission’s 27th plenary meeting which ended on Friday in Abuja, the nation’s capital.

According to the statement, the PSC approved promoted AIG Agbola Oshodi-Glover who is in charge of Zone 11, Osogbo, to the next rank of a Deputy Inspector General of Police.

Naija News gathered that Dr Okiro, while urging the newly promoted officers to rededicate themselves to the service of their fatherland assured them that the commission would continue to pay attention to their basic entitlements which include regular promotions.