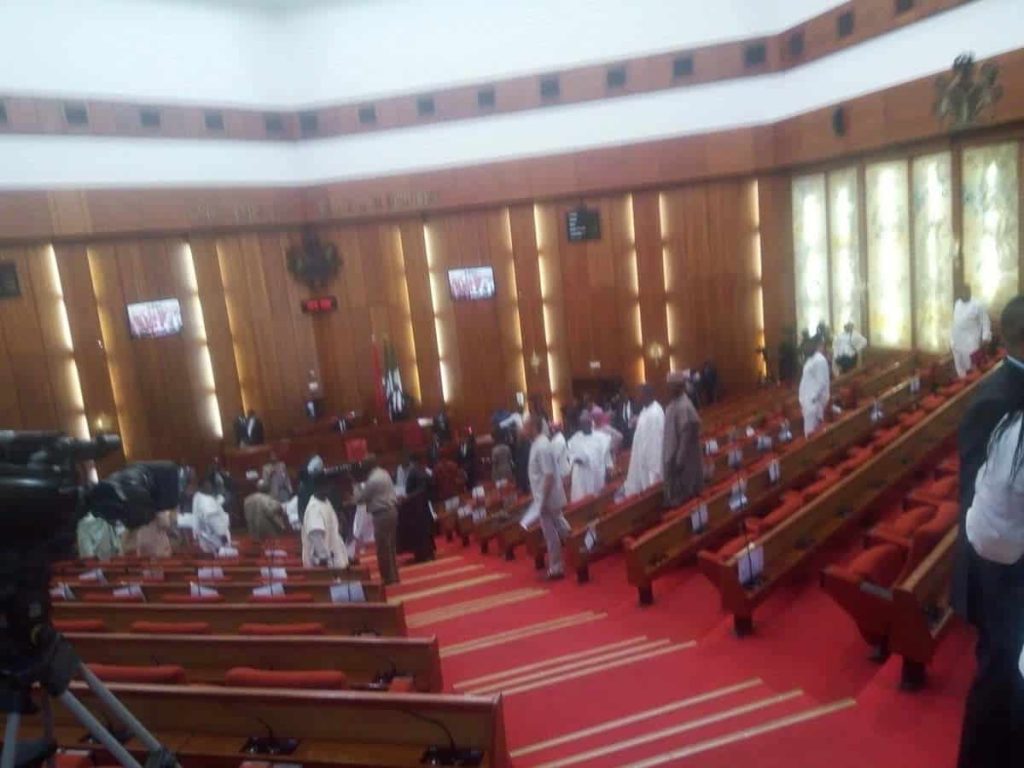 Mace Returned and Replaced at the National Assembly

Senators Receive Stolen Mace Back To The National Assembly

The Nigerian Police has returned the recovered mace to the Senate.

The mace was brought to the Senate on Thursday at 12:06 p.m. to senators who received it with relief at the National Assembly.

Naija News had earlier reported that the Senate’s symbol of authority was snatched from the upper legislative chamber by thugs on Wednesday.

As earlier reported, the Deputy Force Public Relations Officer, Adeniran Aremu, had said in a statement on Thursday morning that the mace was recovered under the flyover near the Abuja city gate where it was abandoned.

Ekweremadu, who presided over the Executive Session of the Senate, said the stolen mace had been recovered and brought back to the upper legislative chamber.