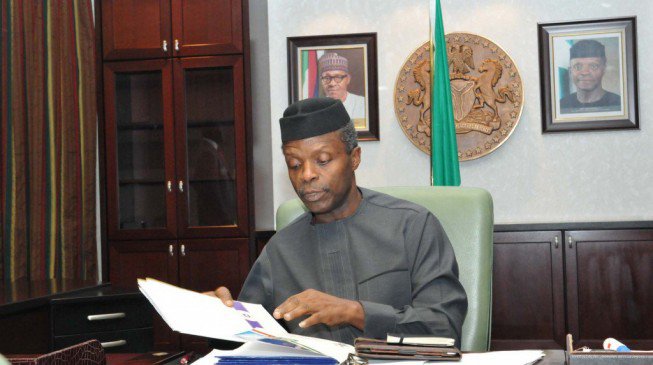 Vice President Yemi Osinbajo today pleaded with the Nigerian youth to prepare adequately for the political leadership of the country in years to come.

Osinbajo said this while recieiving a delegation of Not-Too-Young-To-Run Movement which visited him in Abuja.
He said that leadership positions were not automatic and that the youth had to prepare for the political offices they intend to fill.

“It is true that young people are participating in every sphere of the economy and they are doing well, but they ended up there through one process of training or the other.

“Just like you have to train before you can become a pilot, so it is for politics.

“I think that whatever age a person chooses to run should not matter; what should matter is the preparedness of the person because elective positions require some skills.

“Most times people train to acquire other skills but not politics; that’s the way of democracy.’’