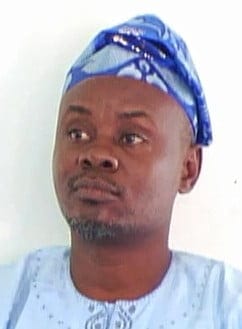 Prof. Abdulganiyu Raji, The Resident Electoral Commissioner (REC) in Ekiti, have said that some unknown person have threatened his life.

While speaking at a stakeholders forum held in Ado-Ekiti ahead of the July 14 governorship election in the state, the commissioner said he had been receiving strange calls from people threatening him if he fails to succumb to their bidding.

He said that over 10,000 corp members to be deployed for the conduct of the election, while appealing to all security agencies in the state to come to the aid of the commission by providing security for INEC officials.

He noted that about 23 parties have notify the commission of their upcoming Primaries.

Meanwhile, Outgoing Commissioner of Police, Abdulahi Chafe, have warned political parties and aspirants participating in the election against embarking on campaigns without first seeking clearance.

According to him, other security agencies are also to enforce the laws guiding such rallies and processions, particularly those specified in sections 94, 95 and 96 of the Electoral Act 2010 which forbid certain conduct at political rallies, procession and campaigns.

According to NAN, the police boss also announced that he would be retiring from service on May 5, adding that a new commissioner would be deployed to the state.

He also applauded the preparation of the Force for the election.