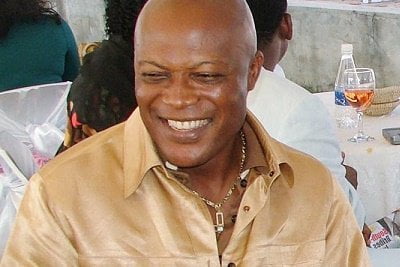 A prosecution witness, Falodun Arifayan, on Monday, April 16, told Justice Mojisola Dada of the Lagos High Court sitting in Ikeja how a notorious fraudster, Emmanuel Nwude, tampered with a property under forfeiture by a court order.

Led by the prosecution counsel,  Nnemeka Omewa,  Arifayan,  who is the first prosecution witness,  PW1,   told the court that sometime in October 10, 2017, their firm, Sofunde, Ogundipe and Belgore,  received an invitation from the Economic and Financial Crimes Commission, EFCC.

He said the invitation letter was brought to the notice of his Principal pursuant to a property located on Plot 38b, Mobolaji Johnson, Oregun Road, Ikeja, Lagos.

Given further testimony,  he said upon receipt of the letter dated October 10, 2017, their firm wrote a reply, explaining the role of the firm concerning the property and attached relevant documents.

The witness further told the court that sometime in 2004, their client, who is the majority shareholder of a Brazilian Bank named Banco Noroeste S.A.  made a complaint to the EFCC about an alleged fraud perpetrated by certain people, including Nwude, to the tune of $190million.

“In a judgment delivered on November 18, 2005 by Justice Olubunmi Oyewole, Emmanuel Nwude, who was the 1st defendant, and others, including Emrus Auto Nigeria Limited, were convicted and sentenced.

“Sentence three of the judgment specifically ordered that shares and other undertakings of the first defendant and Emrus Auto Nigeria Ltd be forfeited to victims of the fraud.

“The sentence also made reference to a schedule, which is the list of properties that should be so forfeited.

“The relevant part of the schedule is the 26th item, which is annexed to the amended information dated Nov. 18, 2005 upon which the defendant was convicted and sentenced.”

The witness said that pursuant to the judgment, his clients, who were the victims of Nwude’s crimes, sold the property located at Plot 38b Mobolaji Johnson, Oregun,  Lagos, which initially belonged to Emrus Auto Nigeria Limited to Rossab International Limited.

PW1 also told the court that “before the Deed was registered to Rossab International Limited, our clients had registered the Deed of Assignment at the Land Registry.

“It was on the strength of the judgment of Justice Oyewole and the registration of the Deed of Assignment that our client sold the property to Rossab International Limited.

“My Lord, the said judgment of Justice Oyewole was appealed to the Court of Appeal by the first defendant.

“The Court of Appeal found the respondents as victims of the offence in which the appellant (Nwude) was the perpetrator.

“Till now, we are unaware of any appeal of the Court of Appeal’s judgment.”

At that point in Falodun’s evidence, Omewa requested for an adjournment to enable him tender some other  documents relevant to the case,  but which were not readily available during today’s proceedings.

“The case files containing the documents are not in court. We will be requesting for a date to continue the testimony of the witness and to tender the documents,” the EFCC counsel said.

Consequently, Justice Dada adjourned the case till April 18, 2018 for continuation of trial.