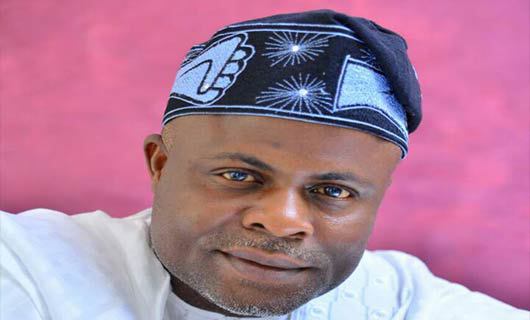 Bamidele Faparusi, a member of the seventh House of Representatives from Ekiti State, in a statement released, has made it known that anybody planing to buy delegates ahead of APC primary election come May 5 in Ekiti will be shocked.

Faparusi said the experiences from past happenings has taught delegates a bitter lesson that voting a governor that was accessible and humble was better than electing a haughty and disrespectful leader, who bought his way to power.

Faparusi who is a governorship aspirant of the All Progressives Congress declared that the up coming primary will be based on history of each aspirant rather than wealth, adding that those who had looted the government’s money or indulged in fraudulent practices in their private businesses would be disappointed.

While speaking in Ado Ekiti, the former federal lawmaker stated that it would be difficult for those who criminally amassed wealth to have their way in the primary.

“If you gauge the mood of the delegates, it has become a general consensus among them that whoever thought he could buy his way into the government house will get the shock of his life.

“What every member is looking for are your political antecedents, perception about your personality by the public, your loyalty to the party, character and the zone you belong to.

“Nobody is talking about moneybags in Ekiti APC today, what they want is who can deliver in the general elections and do Ekiti proud as a governor.

“So, I want to advise those who were wooing the delegates with money to rather surrender such money to the EFCC, because it won’t work. Cash for votes has never worked in Ekiti since 1999 and it won’t work this time around.

“I heard that some were aspirants bragging around that they will give as much as N1m to a delegate in the primary. Let them come; they will be shamed and disgraced. They can decide to spend the money anyhow, because they acquired them fraudulently.”

Bamidele urged the Chief John Odigie-Oyegun-led National Working Committee not to renege on its promise to conduct a free, fair and transparent primary in the state.

He warned that the party would end up failing in the general elections if the primary was tampered with in favour of any aspirant.

“The APC must go into history in this election. The event of 2007 in the PDP when an aspirant that came third in the primary was later imposed as the candidate was instructive in this circumstance.

“Ekiti people abhor imposition and that accounted for why the PDP candidate was roundly rejected in that election and forced the party to rig the election, which was subsequently upturned by the appeal court.

“To save our party from another calamitous disgrace, the delegates’ list must neither be padded nor changed overnight to create crisis,” he advised.