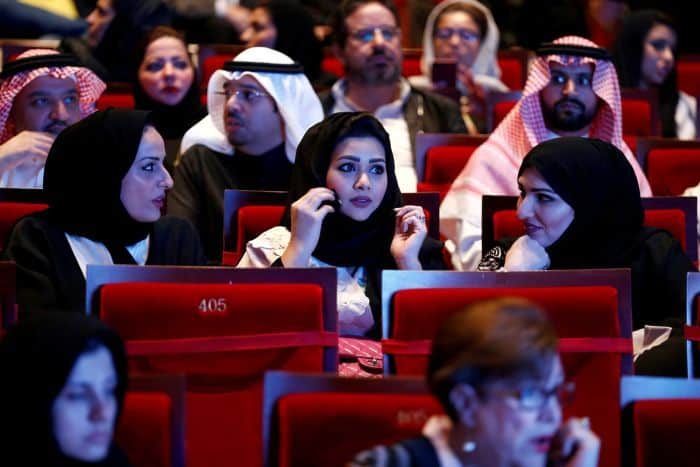 As part of ongoing reforms in ultra-conservative Saudi Arabia, Marvel’s superhero film Black Panther which has broken many record in the world’s movie industry will be shown in the country’s cinema today, bringing an end to a 35-year ban on movies.

The Hollywood blockbuster will play at a private screening in Riyadh, before they open to the public in May.

Under an agreement with AMC Entertainment Holdings, forty cinemas will open in the next five years, with the first to open at the King Abdullah Financial District and the main theatre is set to have 500 leather seats, orchestra and balcony levels and marble bathrooms.

Cinemas were closed on the orders of strict clerics, but they are being reopened under a larger reform plan spearheaded by crown Prince Mohamed Bin Salman which aims to catapult the ultra-conservative kingdom into the 21st century.

Naija news had earlier reported that the Prince was bringing to an end the ban of 35 years on movies., with Saudi expected to experience public concerts and a fashion week, and women will soon be allowed to drive.

Lifting the cinema ban is part of his so-called Vision 2030, a blueprint for the country that aims to boost local spending and create jobs amid sustained lower oil prices.

Adel Abdel Ghafar, from Brookings Doha Centre, said it was part of a vision for a “more open Saudi“.

“One that is open for tourism, business, and less dependent on oil,” he said.

Mr Ghafar said Mr Salman was an ambitious prince trying to, “consolidate his hold on power” and appeal to a younger audience.

“It feels like he’s definitely in a rush because the kingdom is indeed in need of reform,” he added.

The majority of the 32 million Saudi population are under 30 and a 2014 study showed Saudis watched films online on a weekly basis.