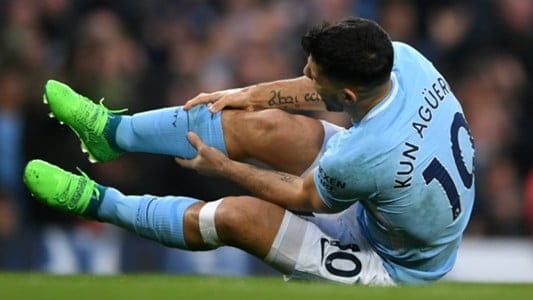 Manchester City striker Sergio Aguero has said on Tuesday that he is “motivated” to get back on the pitch soon even though he is still recovering from minor surgery on his knee.

Aguero did not feature in Manchester City beating of Tottenham after suffering an injury setback but manager Pep Guardiola said last week he remained hopeful the 29-year-old would be available for the “last games” of the season.

The Argentine international tweeted on Tuesday: “Recovering from an arthroscopy on my knee. Fully motivated to get back soon to the field.”

An arthroscopy is a type of keyhole surgery used to diagnose and treat problems with joints.

He has failed to be in the starting line up since the 1-0 win against Chelsea on March 4 and has made just two substitute appearances since then — against Manchester United and Liverpool.

Manchester City has sealed it place as the Champion of the English Premier League with five games remaining but Aguero is targeting full fitness in time for the World Cup in Russia, which starts in June.