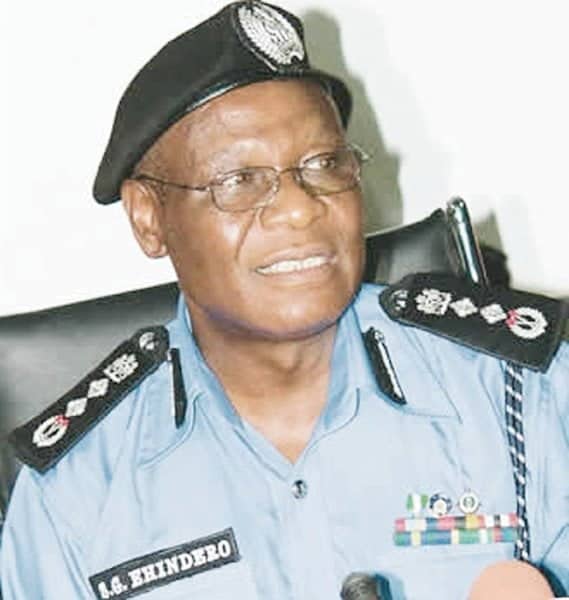 ICPC Set To Begin Prosecution Of Ehindero for Alleged Fraud

The Independent Corrupt Practices and Other Related Offences Commission (ICPC) says it is set to begin the prosecution of former Inspector-General of Police, Sunday Ehindero, for alleged N16 billion fraud.

The  spokesperson of the commission, Rasheedat Okoduwa who disclosed this in a statement, accused the former police boss of converting money belonging to the Ministry of Police Affairs into personal use while in office.

The ICPC spokesperson also said that the case against Ehindero, who was I-G between 2005 and 2007, would continue at the FCT High Court in Abuja.

“This development followed a Supreme Court ruling dismissing the appeal filed by the former police chief, challenging the jurisdiction of the commission and the FCT high court to try him.

“Ehindero and an accomplice had in 2012 been arraigned on a six-count charge of conspiracy to criminally convert public funds totaling N16,412,315.00.

“The allegedly diverted funds were the interests generated from the sum of N557,995,065 police money he had placed in two fixed deposit accounts at Wema Bank Plc and Intercontinental Bank Plc.

“The said money was donated by Bayelsa State Government to the force at the time to enable it purchase equipment for proper policing of the state,” Okowa said.

Mrs. Okoduwa alleged that the principal sum donated was transferred to the Ministry of Police Affairs from the accounts without the interests earned.