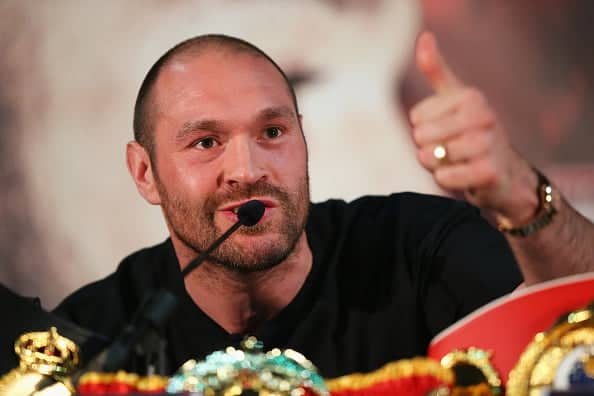 Tyson Fury, Former heavyweight world boxing champion, will be making his come back to the ring for his first fight in two-and-a-half years in Manchester on June 9 with a yet to be named opponent, promoter Frank Warren said on Thursday.

After his unexpected victory over Wladimir Klitschko in November 2015, the 29 years old briton was cleared to fight again in December by UK Anti-Doping (UKAD) after accepting a backdated two-year ban for testing positive for the banned steroid Nandrolone.

Tyson Fury and Hughie Fury, 23, his cousin, tested positive for the banned steroid Nandrolone in February 2015. However, they were not charged by UKAD until June 2016, by which time Fury had beaten Klitschko. He said this was as a result of eating uncastrated wild boar.

UKAD drug charge was against Tyson was announced during his rescheduled match July 2016 against Klitschko July 2016, before which he pulled out citing a sprained ankle.

After failing a Cocaine test, Tyson admitted that he was taking the recreational drug to deal with depression related to his injury and UKAD problems.

Fury has previously laid down a challenge to compatriot Anthony Joshua, who unified the WBO, IBF and WBA titles against New Zealand’s Joseph Parker in Cardiff last month.

However, Tyson has to weight after the blockbuster unification bout between Anthony Joshua and Deontay Wilder, who holds the WBC heavyweight belt.