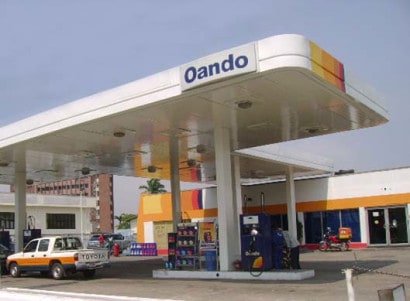 Following a directive by the Securities and Exchange Commission (SEC), trading commenced on the shares of the company at the capital market on Thursday.

The 176-day technical suspension place on the shares of the oil company was earlier lifted on April 11, following the April 9 directive by the SEC.

News Agency of Nigeria reports that, three hours into trading, the NSE reinstated the technical suspension, citing new directive from the apex capital market regulator causing confusion in the market.

She stated that the technical suspension had an advance effect on the 270,000 shareholders, investors, partners, management, staff and everyone who earn a living directly and indirectly from the company.

“Shareholders were denied the opportunity of benefitting from Oando’s positive performance and gains spurred by higher crude prices over the last six months,’’ Jagun said.

She said the forensic audit into the affairs of the company was presently underway by Deloitte Nigeria (Deloitte), the SEC appointed forensic team lead.

“To date, the Company has been fully cooperative with both the SEC and Deloitte.

“In the spirit of goodwill, transparency and full disclosure, we will continue to cooperate with the SEC and its nominated parties in the discharge of their duties as the Capital Markets regulator during this exercise,” she said.