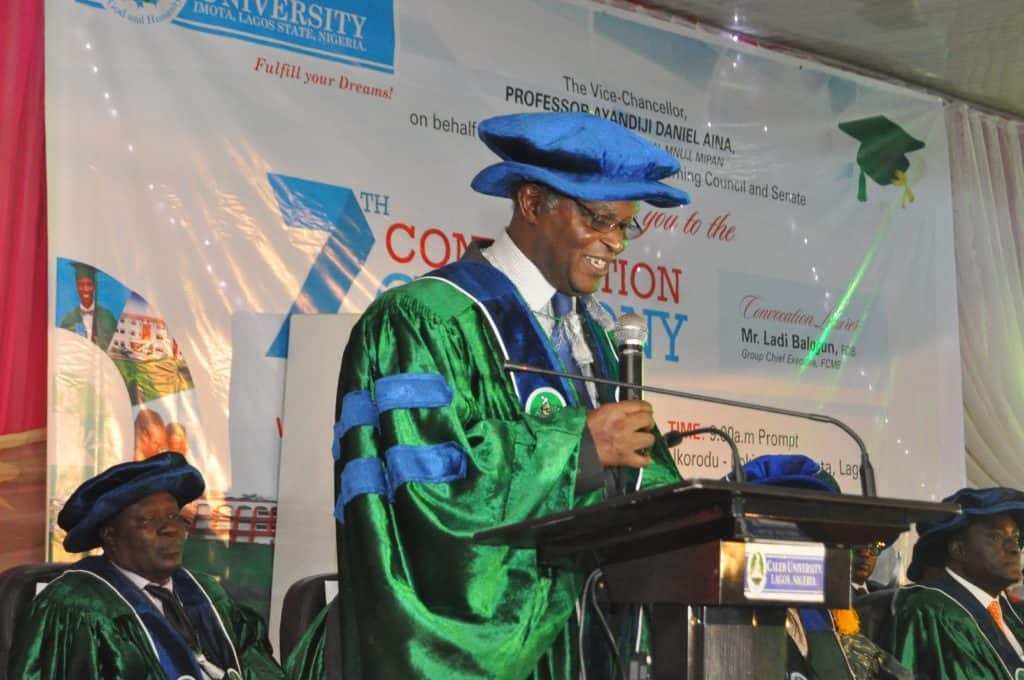 Prof Fola Tayo appointed into WHO committee on cancer

Nigerian, 13 Others Appointed Into WHO Cancer Medicine Advisory Group

The World Health Organisation (WHO) has appointed a Nigerian, Prof. Fola Tayo, to serve on its Cancer Medicine Advisory Group for the availability and affordability of cancer medicines.

Tayo, who is the Pro-Chancellor and Chairman, Governing Council of Caleb University, Imota, Lagos, is among the 14 eminent people appointed across the globe to serve on the group, Naija News understands.

Mr Elvis Otobo, spokesperson for Caleb University, said in a statement that the advisory group was made up of core professionals.

Otobo further said that Tayo was the only person selected from West Africa.

WHO’s Advisory Group is set up to define the problems relating to availability and accessibility of cancer medicines and seek expert’s advice on the scope of the report, analytical feasibility and case studies.

It is also to seek expert advice on the benefits and consequences of various pricing approaches for cancer medicines, options for improving availability and affordability of cancer medicines.

The group will brainstorm on three key projects for three days when they meet in Switzerland according to an agenda review released by the WHO.

These include project inception, problem definition and scope of reports; pricing and impacts of pricing approaches as well as options to improve availability, affordability and transparency of cancer medicines.