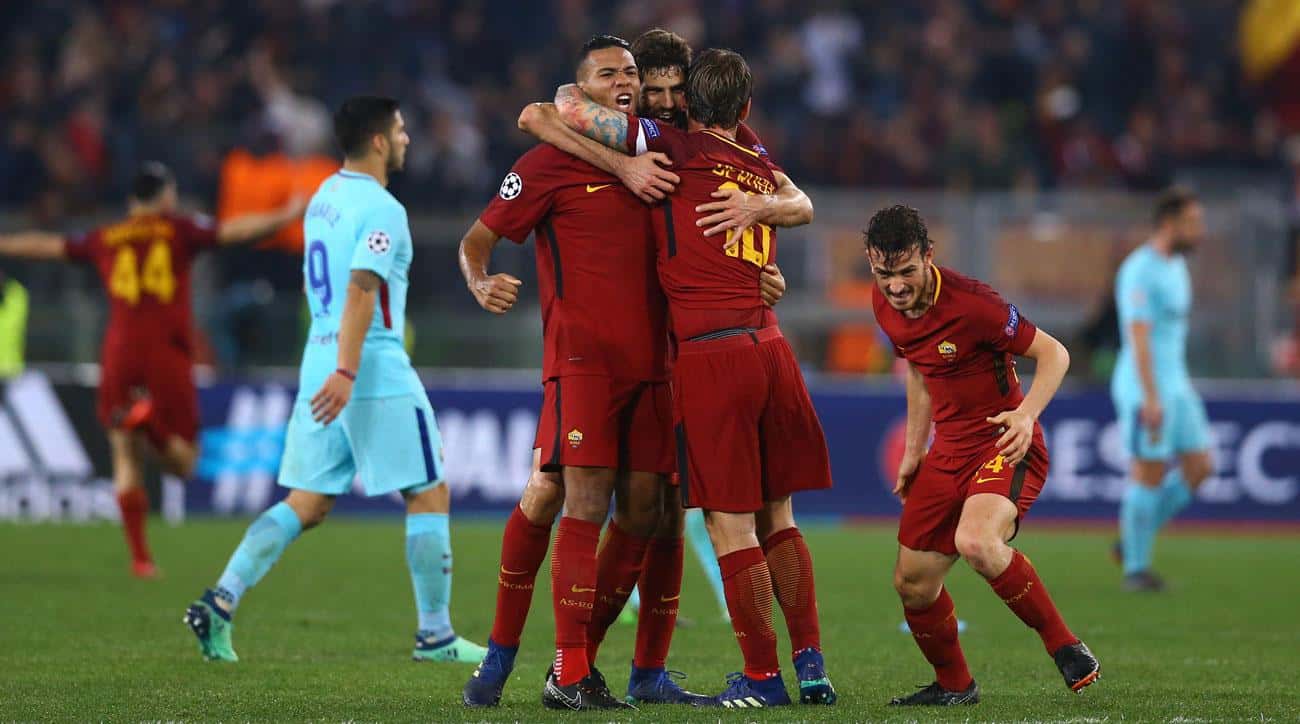 Roma dumps Barca out of the champions league

Winning The Match Was A Reward Of Hard Work – Roma Coach

Eusebio Di Francesco, Roma manager, has spoken on his side’s surprise 3-0 victory over Spanish giants, Barcelona, in the second leg of the Champions League quarter final yesterday after Barcelona had won the first leg with a 4-1 margin.

In a statement released by the coach of the Italian side, he said the 3-0 result was a reward of their hard work. Speaking with Mediaset Premium, Francesco said the focus now is on the trophy.

He said, “The strength of this team is in looking forward, not back. We have the derby coming up on Sunday, we must always look to the next target and it’s right in front of us.

“I take the blame for defeats and some ungrateful words on social media, so I may as well take the credit for a win!

“The truth is that I made this choice to create more width, allow more counter-attacks and bring rapidity, but what really changed was the philosophy of the side and we have to continue like this now.

“Although we had very good performances in Serie A, we are only today reaping the rewards – the just rewards – for the hard work we have done.

“I don’t want a side that rests on its laurels or thinks it doesn’t matter how the game goes. I’ll not stand for that. We have to target more and realise we can always do better.”