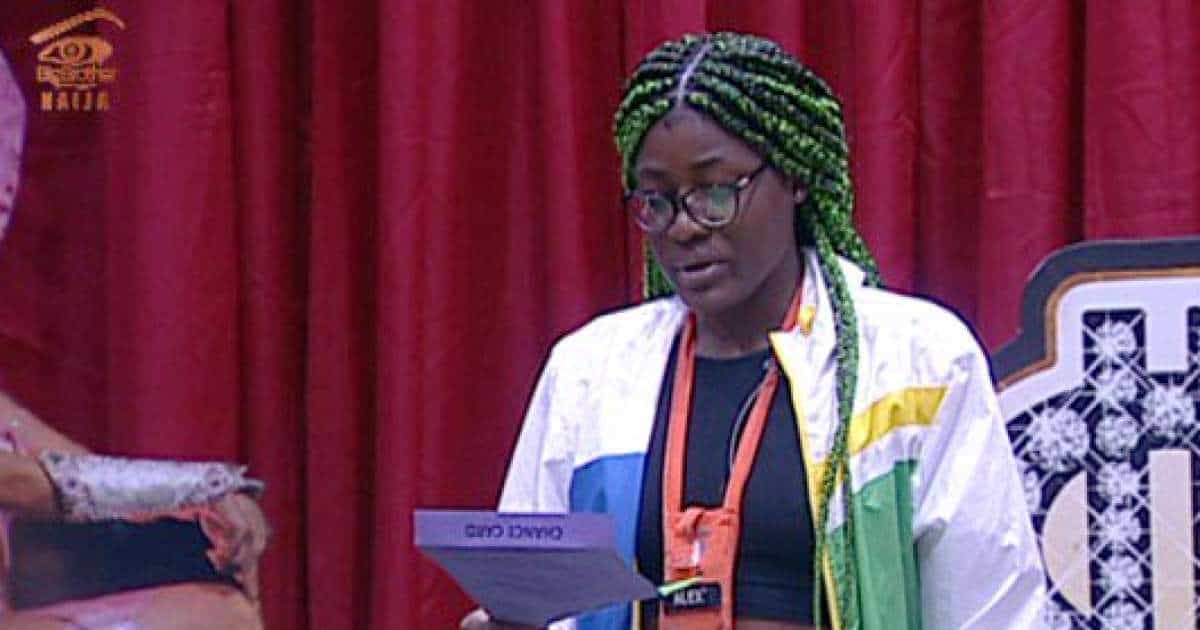 Alex wins the head of the house contest.

The Big brother Naija 2018 Head of the house competition has been won by Alex. Alex emerged the Head of house after two sets of games of chance.

Housemates were paired and instructed to burst balloons while being blind folded. At the end of the game, Nina, Cee-c, Lolu, Miracle, Tobi and Alex qualified for the final game.

For the final game, housemates were blind folded and told to pick “BBnaira” in a boot.

Alex had the highest amount, which made her the Head of house. She also qualified for the last week of the reality show.

With the development, Alex has a clear shot at the N45million worth of prize money, and all other goodies that may come with winning the 2018 edition of the big brother Naija reality show.