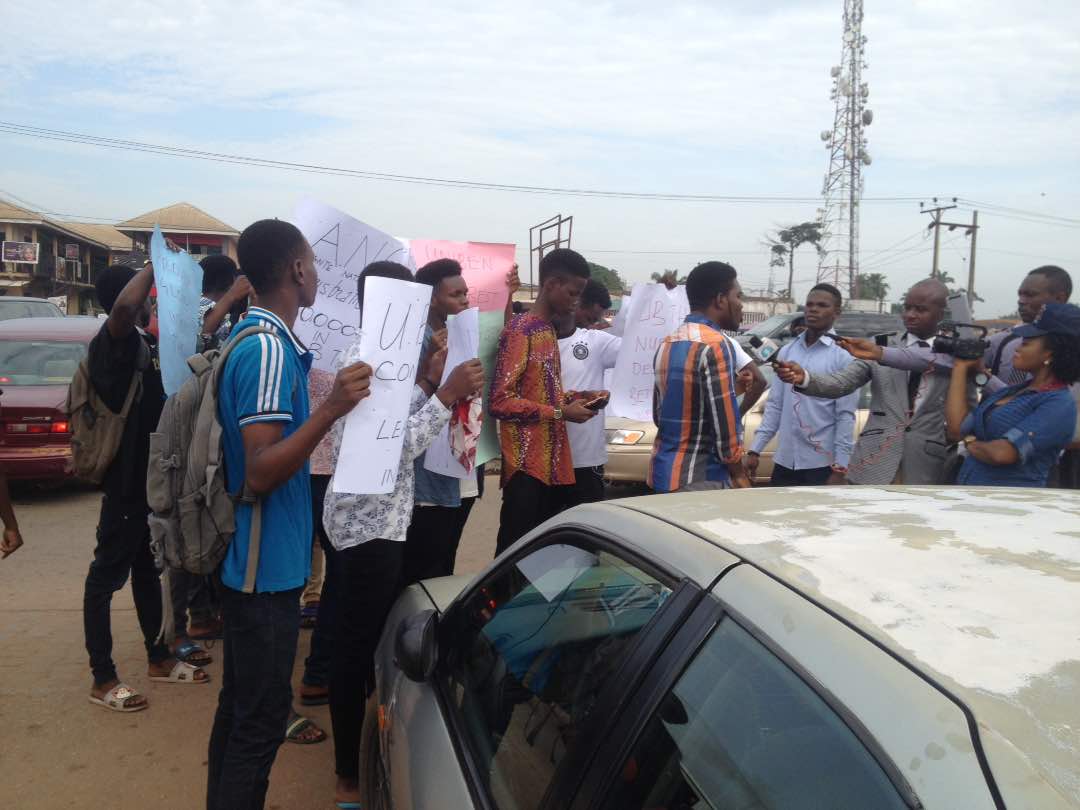 The students of the Adekunle Ajasin University, Akungba Akoko (AAUA), Ondo State, are not giving up on their demands for the reversal of the increment in their tuition fees, as the protest embarked by the students have entered the second day.

The students who are protesting the increment in tuition fees ranging from N25,000 to N35,000, to between N120,000 and N200,000, started their protest to implore the state government to intervene in the issue on Tuesday.

News Agency of Nigeria reports that the Protest have paralyzed economic activities, while major roads in the community were blocked by the students.

The students carried different placards with inscriptions such as: “No Increment of Our School Fees”, “Do Not Sell Our School” and “Students Say No to Fee Hike”.

The President of the institutions Student Union Government, Tosin Ijanusi, insisted that the protest would continue as long as the state government refused to reduce the fees.

Ijanisu told newsmen:”We will continue until the state government reverses its decision.

“We hope they will call us, and if they do not, we will continue.’’

The student leader thanked some market women that joined the day’s  protest, saying it would attract more people on Wednesday.

Mr Emmanuel Akeredolu, the President of the National Association of Ondo State Students (NAOSS), stated that the increment was unfair to the students.

Earlier, Dr Tunji Abayomi, the Pro-Chancellor and Chairman Governing Council of AAUA, said that the state government was spending over N5 billion to run the university yearly, while the total revenue recorded stood at N2.71 billion, which is not adequate for the running of the institution.

He insisted that the the increment was to ensure that the university does not collapse from the weight of debt.

The pro-chancellor said that the state governor, Rotimi Akeredolu however, had the final say on whether to maintain the new fees or review it downward