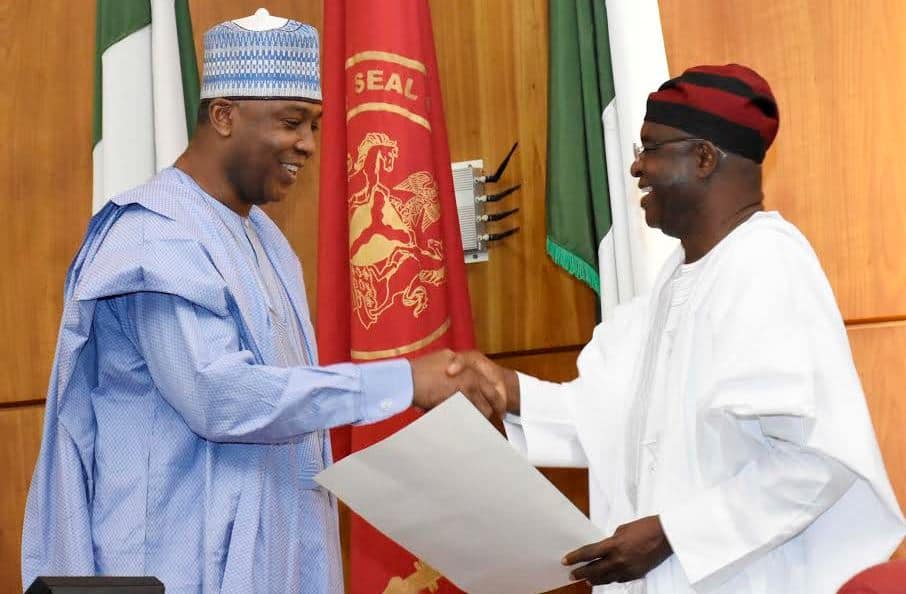 Dr. Abubakar Bukola Saraki, The Nigerian Senate President has described former President of the Senate, Senator David Alechenu Bonaventure Mark, as a patriot and a statesman, as he celebrates his 70th birthday.

Yusuph Olaniyonu,  the Special Adviser on Media and Publicity to the Senate President, in a statement in Abuja, stated that as a two-time Senate President, a retired Brigadier General from the Army; former Minister of Communication; and a one-time military Governor of Niger State, Senator David Mark has distinguished himself as a Nigerian with vast leadership experience.

“Today, I join all Nigerians in celebrating Senator David Mark at 70.

“Undoubtedly, as our nation’s longest serving Senator and Senate President, Senator Mark has contributed significantly to the growth of the legislature in Nigeria and distinguished himself overtime in the service of our nation — in various capacities and at various levels as a patriot and a statesman.

“As you celebrate this milestone of a birthday today, we too, celebrate you and pray that the Almighty in his infinite wisdom, grace and protection, continues to guide you in all that you do,” Saraki stated.