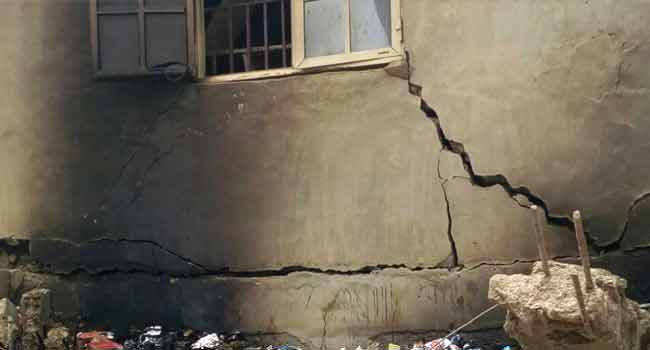 One person has reportedly been killed in an explosion which pulled down a storey building around Moree area in Ile Ife town in Osun state.

Naija News gathered that the incident was said to have occurred late on Saturday night when an Improvised Explosive Device (IED)exploded in a pharmacy along More road in the state.

An eyewitness explained that a man who was injured was rescued from the back of the building and rushed to the Obafemi Awolowo Teaching hospital, where he later died in the morning.

The community due to this incident was thrown into confusion after residents heard the explosion suspected to have emanated from the building in the neighbourhood.

The explosion, however, affected several other adjourning buildings as the Osun State Emergency Service is expected at the scene for evaluation.

Meanwhile, only two policemen have been sighted at the scene of the incident.