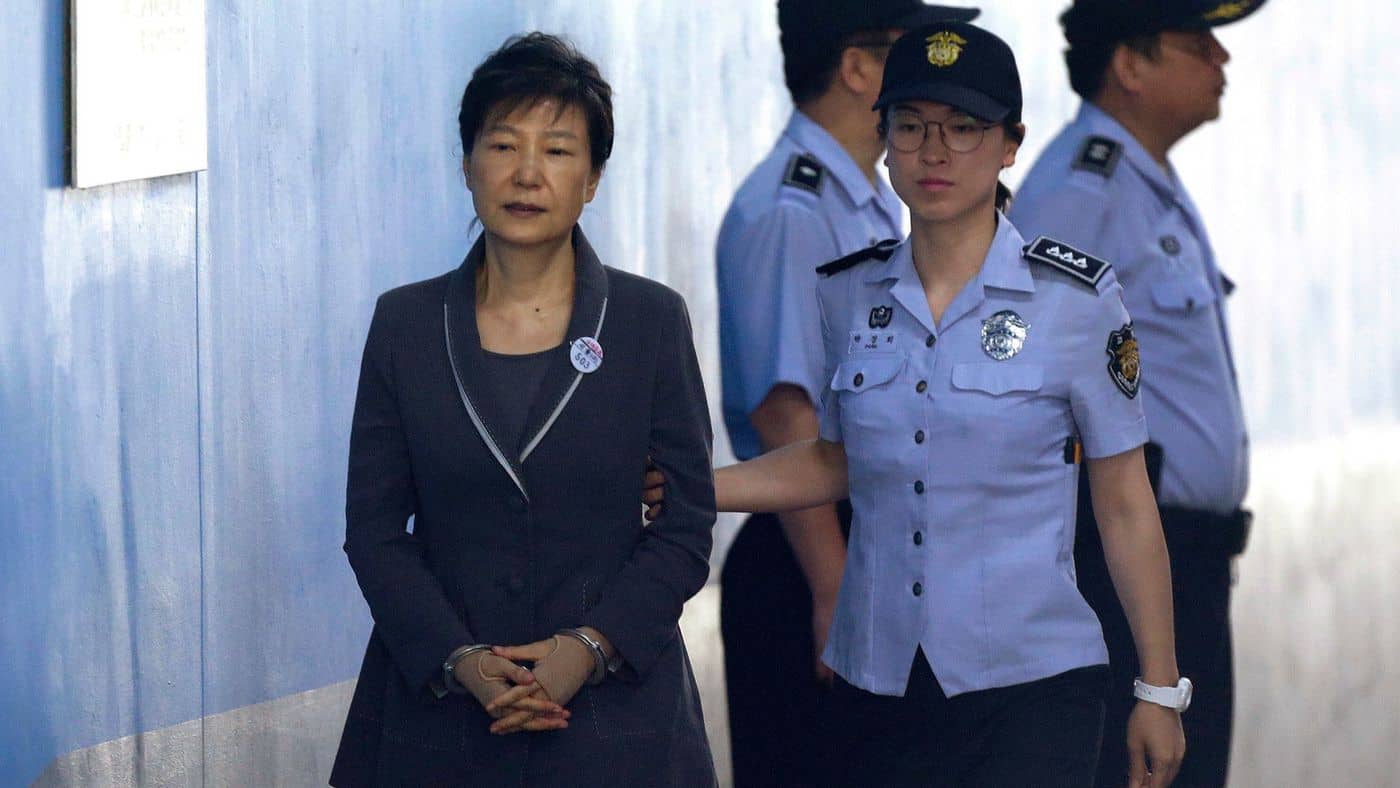 Park, the daughter of assassinated dictator Park Chung-hee, faced a total of 18 charges. The court ruled that Park colluded with her old friend, Choi Soon-sil, to receive tens of billions of won from major conglomerates such as Samsung and Lotte to help Choi’s family and fund non-profit foundations owned by her.

Prosecutors sought a 30-year sentence and a 118.5 billion won ($112 million) fine for Park, after indicting her on charges that included bribery, abuse of power and coercion.

Park was impeached and arrested in March 2017.