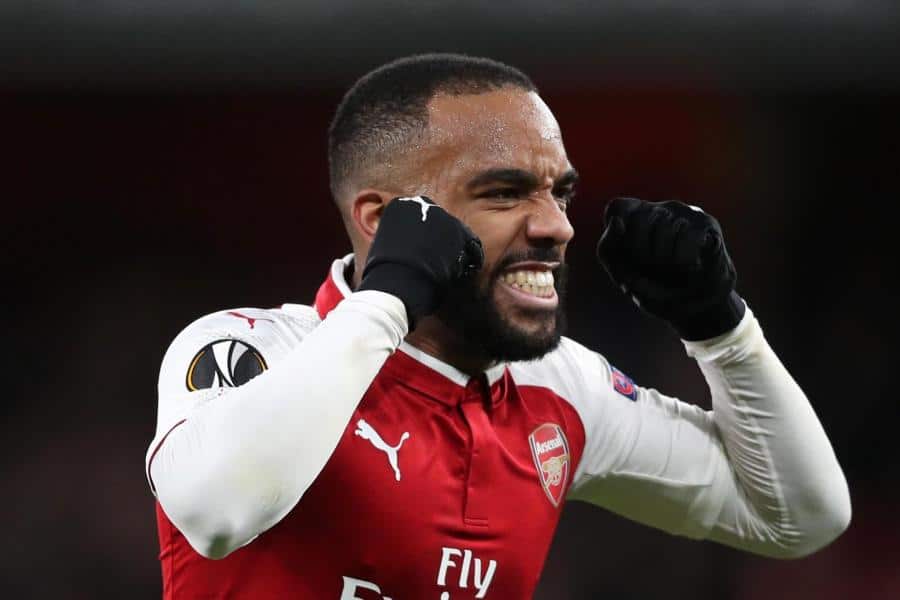 Arsenal Journey into the Semi-final of the Europa Cup have received ease as Asernal found the back of CSKA Moscow‘s net four time with the Russian Club responding just once.

The ineligible Pierre-Emerick Aubameyang’s spot as the central striker went to Alexandre Lacazette, who responded with a sublime attacking performance.

Arsenal tore through the golden oldies at will, Henrikh Mkhitaryan hitting the side-netting after only four minutes.

Breakthrough came for Arsenal when in the 9th minute during an slick interplay with  Hector Bellerin to cut back and tee up Ramsey to slot home.

Ahmed Musa had chances aplenty in the first half, and was perhaps incorrectly flagged for offside immediately after Mkhitaryan had gone close.

Alexandre Lacazette doubled Arsenal’s lead when the Russian Club conceding a penalty keep while Georgi Schennikov opted to dive into an unnecessary challenge against Igor Akinfeev.

Ramsey flicked his right heel at a ball guide over the CSKA keeper and into the roof of the net, with the assist from Ozil

Ozil glided to the byline, looking up to take his pick of the array of Arsenal forwards ready to add the finishing touch. It would be Lacazette to do the honours, a composed shot on his weaker left foot that rifled into the bottom left corner.