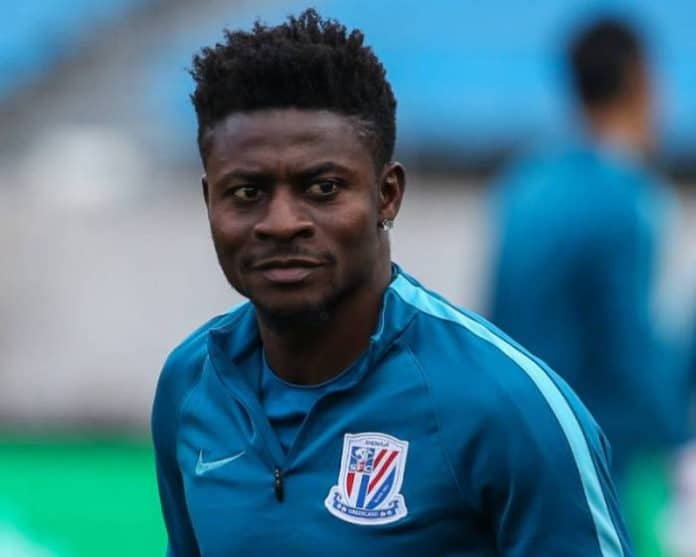 The injured Nigerian striker, Obafemi Martins, is set to travel to the UK to undergo surgery, his Chinese club, Shanghai Shenhua, have announced.

Martins has been ruled out of action for between six and seven months with a Quadriceps Tendon Rupture suffered during an Asian Champions League clash against Kashima Antlers on Tuesday.

“Martins is flying to UK for surgery today. Be well soon,” the CSL club tweeted on Thursday.

The 33-year-old forward was hauled off midway through the first half of the continental club fixture which they drew 2-2.

The former Inter Milan and Newcastle United forward joined Shenhua at the start of the 2016 CSL season from Major League Soccer side Seattle Sounders.

Having scored a hat-trick for Shanghai on Saturday in their 4-2 league win over Hebei China Fortune, many had called for Martins’ return to the Super Eagles.

However, with this injury blow, the faint hopes of Martins making Gernot Rohr’s squad for this year’s World Cup in Russia has been extinguished.

The Super Eagles’ attack, for now, is far from sharp enough with the team’s main center-forward, Odion Ighalo, also based in China, misfiring in their last two friendlies against Poland and Serbia.

Nigeria will face Croatia, Iceland and Argentina in Group D at the 2018 World Cup tournament in Russia which kicks off on June 14..