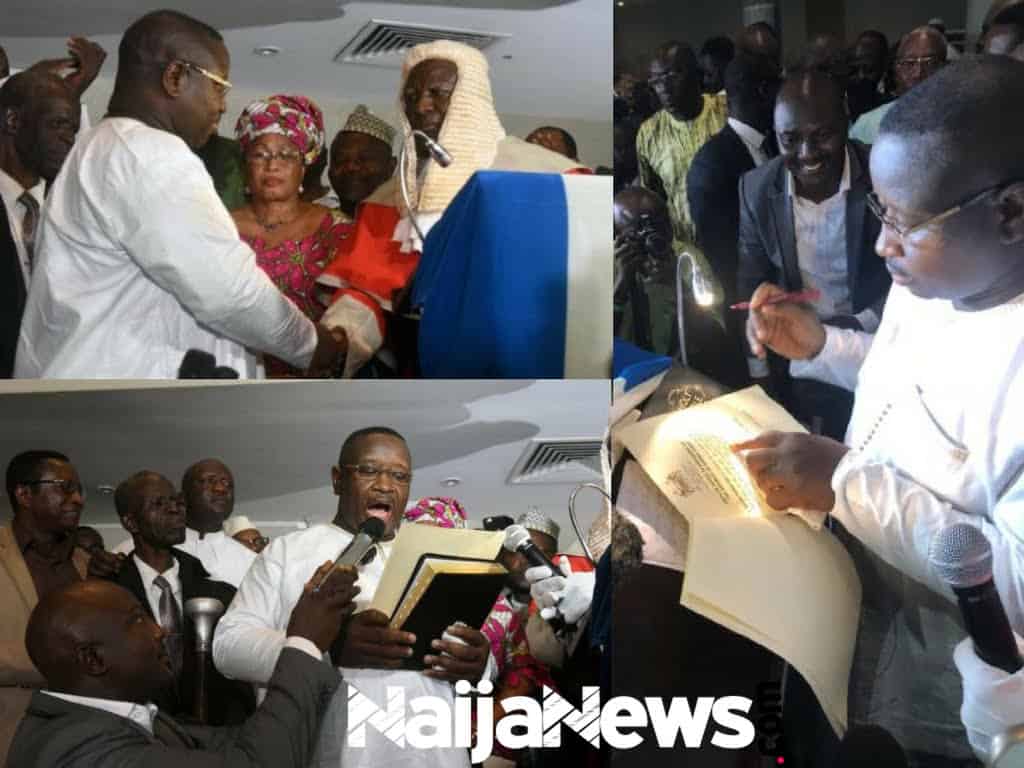 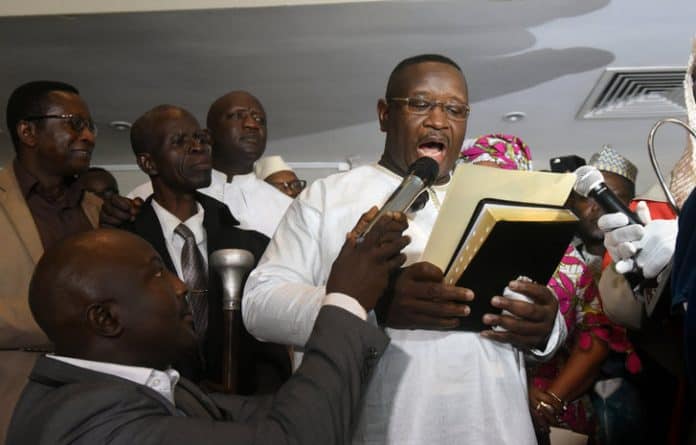 He now faces the difficult task of rebuilding the impoverished West African nation’s economy that was dragged down by the world’s deadliest Ebola epidemic and a global slump in commodity prices.

Representing the Sierra Leone People’s Party (SLPP), Bio won 51.81 per cent of votes cast in the March 31 poll, according to results announced by the National Electoral Commission (NEC) on Wednesday.

He defeated former foreign affairs minister and ruling All People’s Congress (APC) candidate Samura Kamara, who had held a slight lead based on partial results earlier in the day but in the end garnered 48.19 per cent.

Dressed in traditional white robes, Maada Bio was sworn in just before midnight at a hotel in the country’s capital, Freetown.

He raised in the air, the Bible upon which he swore the oath of office to the cheers of supporters.

“This is the dawn of a new era. The people of this great nation have voted to take a new direction,” he
said in a speech following the short ceremony in which he made an appeal for national unity.

“We have only one country, Sierra Leone, and we are all one people.”

Bio, who briefly ruled Sierra Leone as head of a military junta in 1996, replaces outgoing President Ernest Koroma, who could not seek re-election due to term limits.

The largely peaceful election process has come as a relief for the country of seven million people, who in the 1990s, endured a brutal civil war fueled by the diamond trade and notorious for its drug-aided child soldiers and punitive amputations.