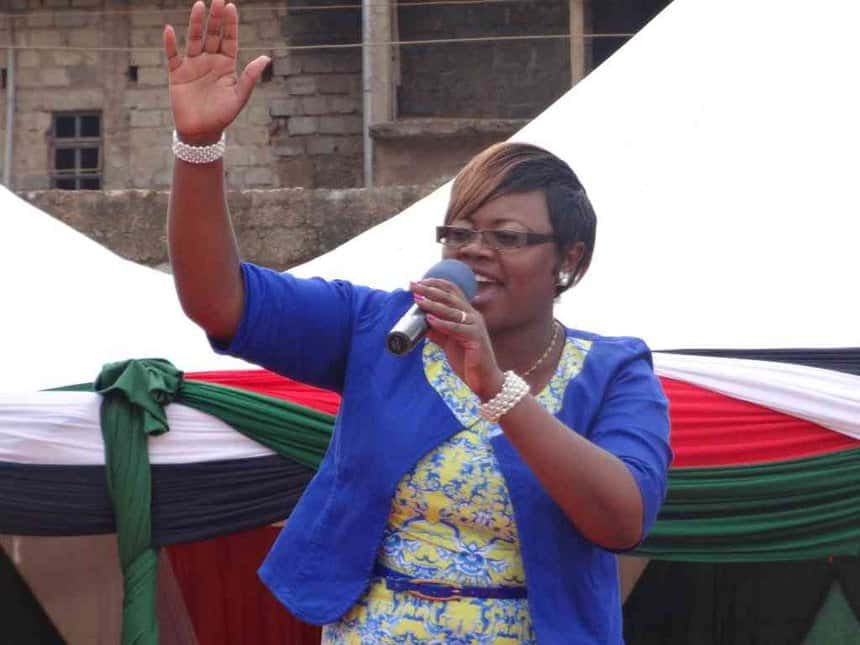 Gathoni Wa Muchomba, a Kenyan Lawmaker has urged rich men in the country to marry more wives in order to help boost the country’s population.

While addressing the issue of fatherless children in the society during the opening of a rehabilitation centre, the lawmaker said some of the societal problems, including alcoholism among young people, could largely be blamed on raising children in the absence of substantive fathers.

“We need to be honest; these children who are raised by single mothers, where are their fathers?

“And why do we want to pretend that this is not a problem? For me, as much as we are talking about our church and our culture, we need to go back to the drawing board to discuss this issue and come up with a solution,” she was quoted by KenyaLiveNews.

After Imploring religious group to acknowledge Polygamy as an acceptable type of marriage, she said that rich men in the country should marry more wife in order to curb the number of fatherless children in the society

“We give birth to these children, and we do not want to own up to them…I am saying if you are a man from the Kikuyu,( a community in Kenya) and you can sustain five wives, have them and if you are a man and you are in a position to bring up (many children), do it.”

“Revisiting polygamy could be a solution to the vices since some of the social problems affecting youth are attributed to poor parenting,” she added.

Wa Muchomba noted that dwindling marriage numbers in the region have resulted in a low birthrate, which has, consequently, lead to a stagnated population.