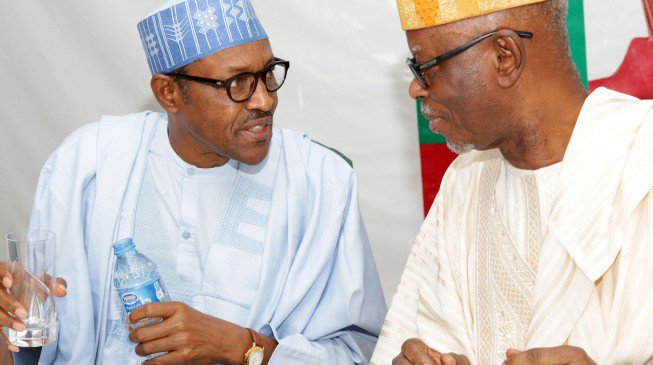 State Governors elected on the platform of the ruling All Progressives Congress (APC), on Tuesday, kept mum after meeting President Muhammadu Buhari behind closed doors at the Presidential Villa, Abuja, Naija News Understands.

The meeting which was held inside the Council Chambers started about 2.15pm and ended about 3.30pm. At the end of the meeting which sources described as stormy, the governors who were approached for comment told State House correspondents that they had resolved not to speak to journalists.

The contentious issue of tenure extension for members of the party’s National Working Committee was said to have dominated discussions at the meeting. After the meeting reportedly ended in a deadlock, Naija News also learnt that there was a sharp disagreement among the governors over the choice of date to reconvene.

A source who does not want  his identity to be revealed, stated that:

“The President convened the meeting in order to discuss the minor differences we have had since the President told NEC meeting that it was better to hold elective congresses and National Convention. Many views were expressed for and against the one-year tenure extension for the NWC. There was a lot of rationalisation of ideas by those who wanted Oyegun’s tenure extended.

“At the session, Governors El-Rufai, Akeredolu, Yahaya Bello and Simon Lalong were vehement on why the tenure of the NWC should be extended by one year.

“Each of them stood up to rationalise the tenure extension by claiming that whatever the NEC does is legal and it won’t have consequences on the legality of APC’s electoral victory in 2019.

“They warned that congresses and National Convention could divide the party and lead to a split before the 2019 polls. They said it would be better to keep the party united than leaving it in disarray.

“But other governors queried the affront of pro-tenure elongation governors in revisiting the advisory of the President on the need to follow the 1999 Constitution and the APC Constitution.

“Those who supported Buhari’s position expressed disappointment that Oyegun went ahead to inaugurate a technical committee which they considered to be an ‘affront to the President.