Senator Dino Melaye, the senator representing Kogi West Senatorial district on the floor of the upper house of the National Assembly, has called on the ruling All Progressives Congress (APC) to stop the blame game and start building the nation.

Melaye who took to his official Facebook account, urged the APC to stop fighting the reality they met on ground and build a new model. 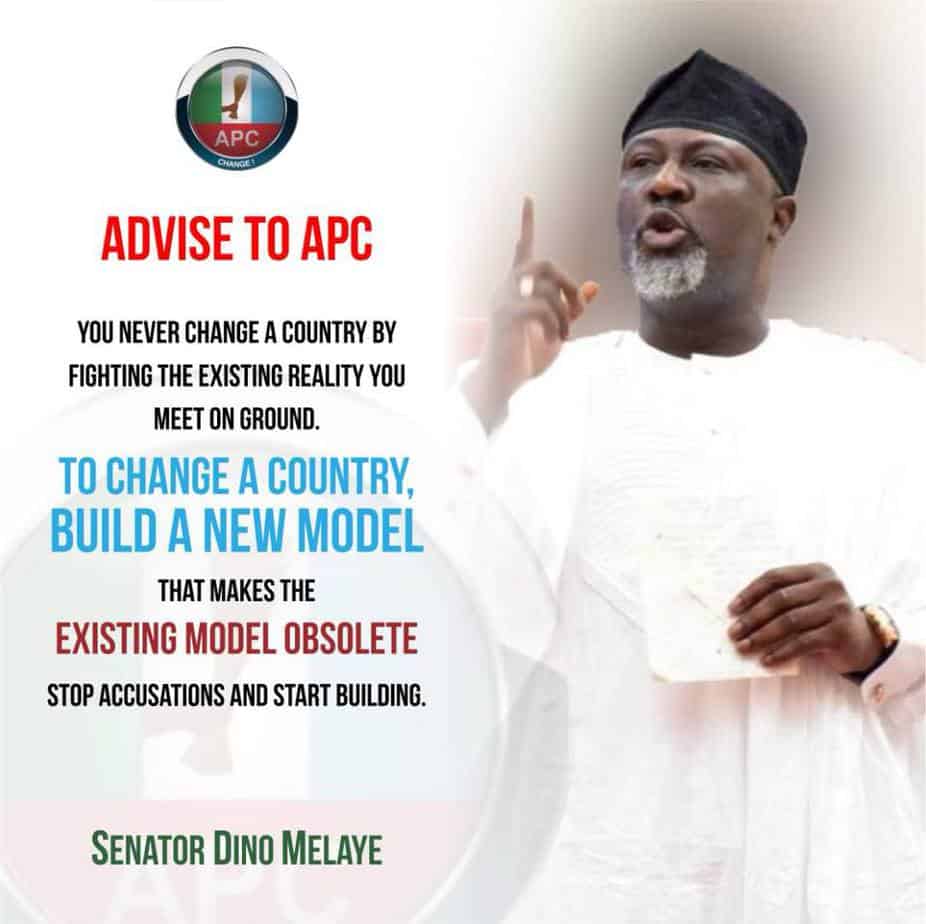 Naija News recalls that the police have re-captured all the suspected criminals who accused Senator Melaye of supplying them with firearms for their operations.