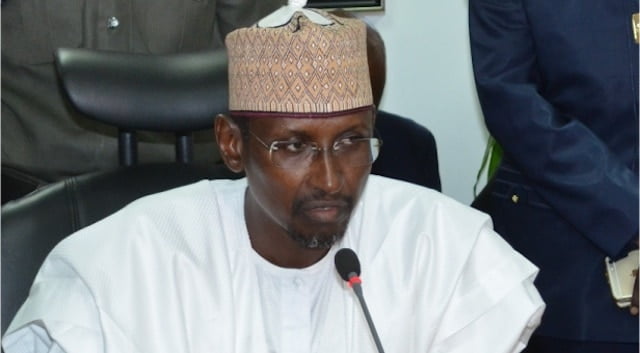 I was lured Into This Employment Scam -Kukah

Although the management of the FCT-IRSB has remained mute over the allegation, some of the affected residents are threatening fire and brimstone, just as they have called on Bello to investigate the alleged scandal.

Naija News  learnt that some top management staff of the FCT-IRSB allegedly collected N200,000 each from 150 applicants, totalling N30 million, with a firm assurance of getting employment in the agency.

A source, who confirmed the alleged infraction, stressed that the figure might increase, if steps are not taken by anti-corruption agencies to bring the culprits to book, adding that the silence of the new board is further giving impetus to the allegation.

One of the affected applicants, Emmanuel Kukah, told some journalists in Abuja that the situation was no longer bearable as his hopes of getting a job after paying N200,000 have been dashed, hence some of them have decided to be whistleblowers.  Kukah, however, regretted that the money was paid without receipt to back up their claims, noting that such transactions are always carried out based on trust and in secrecy.

According to him, “I must tell you unequivocally that even if other victims keep quite over this issue, some of us will drag this matter to any length no matter whose ox is gored. I am particularly pained because of the anti-corruption stand of the present administration.

“Some of us were lured into this employment scam through subtle but dubious means of replacement of existing vacancies in FCT Internal Revenue Services. They told me specifically that N200,000 would guarantee the job, since the procedure for filling the existing vacancies would not include newspaper advertisements.

“In my desperate state, I went to family members to raise the money for the job. This happened shortly after the inauguration of the board last year. Between February and March this year, we started hearing different stories why the recruitment exercise was delayed. In one breath, they would tell us that the list has been sent to Federal Character Commission for harmonisation and in another breath they would tell us that they are waiting for the National Assembly’s approval.

“I became suspicious when some of us discovered that over 150 desperate applicants paid for the few vacant replacement positions. The situation is no longer bearable and we are prepared to embarrass the FCT-IRS through the media and to physically occupy their premises until justice is done.”