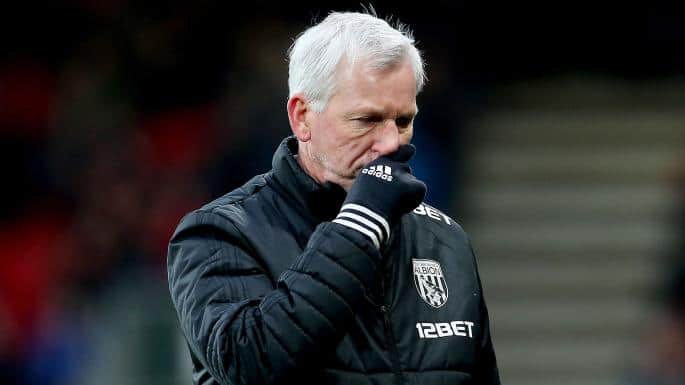 West Brom have parted ways with Alan Pardew after less than five months in charge at The Hawthorns.

They announced that Pardew has left the club by mutual consent, with the Baggies bottom of the Premier League table, 10 points from safety.

Pardew took over in November 2017 but won just three games out of 21 in all competitions. And after a 2-1 defeat to Burnley on Saturday left West Brom bottom of the table with six games to go, the decision was made to terminate his contract

A statement on the West Brom website read: “West Bromwich Albion and Alan Pardew have agreed to mutually part company today following discussions between both parties.

The Club would like to thank Alan and John for their efforts and wish them well in their future endeavours.

First-team coach Darren Moore has been placed in charge of first team affairs until further notice.

The Club will not be making any further comment at this time.