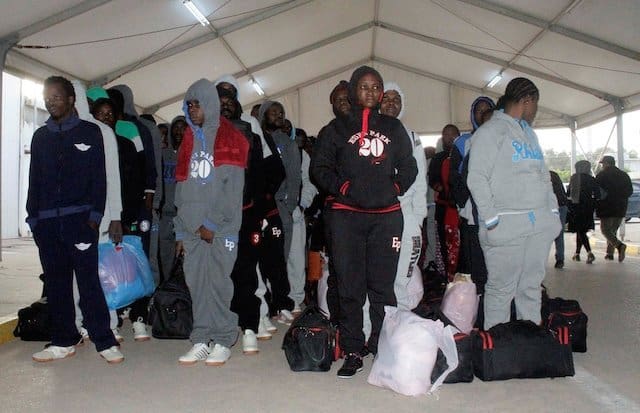 Investigation has been open by Prosecutors in the northern Italian city of Turin into the accusation by a charity that helps migrants, Rainbow4Africa, that uniformed French customs officials  entered their office in the small Alpine village of Bardonecchia in Italy to drug-test a Nigerian passenger on a Paris-bound train.

French ambassador in Rome has been summoned by the Italian Foreign Ministry to provide an explanation on Saturday and called the alleged violation of Italian sovereignty “unacceptable”.

According to the Italian agency Agi. the prosecutor would be opening a preliminary investigation on Sunday looking into allegations of abuse of power, violence and trespassing.

French Budget Minister Gerald Darmanin, who is in charge of the custom has defended the officials has following procedures laid out in a 1990 agreement between the two countries.

He refused to apologise on Sunday and implied there had been a mix-up, saying the room used by Rainbow4Africa at Bardonecchia station was a space that could be accessed by French officials under the 1990 deal.

“It transpires that between this deal and the moment that we used the room, the Italian government has granted an association that helps migrants the right to use it,”

“I will go to Italy in the next few days to explain myself in person, if necessary to the Italian government.” he said.

A urine test was carried out on a Nigerian by the French Custom Police which came back negative.

There is deep resentment in Italy that its fellow EU members have washed their hands of the huge migration problem it faces along its coastline.