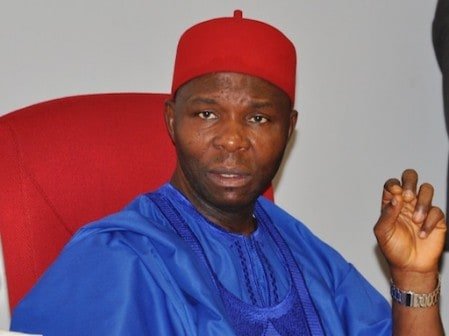 Naija News Understands that the youths operating under the aegis of Uzo-Uwani Youth Mass Movement for 2019, made this declaration at Uzo-Uwani LGA Headquarters, Umulokpa.

Utazi, who hails from Uzo-Uwani, is currently the Senate Committee Chairman on Anti-Corruption.

But the aggrieved youths from his area described the performance of their Senator as below average, saying the Zone needed to chart a new course for proper and effective representation at the Senate.

Comrade Innocent Cosmas, the leader of the group, said youths at the meeting were worried over what they described as poor performance of Utazi at the Red Chamber.

He enumerated other alleged sins of Senator Chukwuka Utazi to include lack of vision to identify the needs of the Enugu North senatorial district, no bill promotion for the revamping of Adani rice, lack of ideas on how to turn around the Opanda Cassava field, and no constituency projects across Nsukka zone even with the recent revelation that senators collect 200 million naira every year for constituency projects.