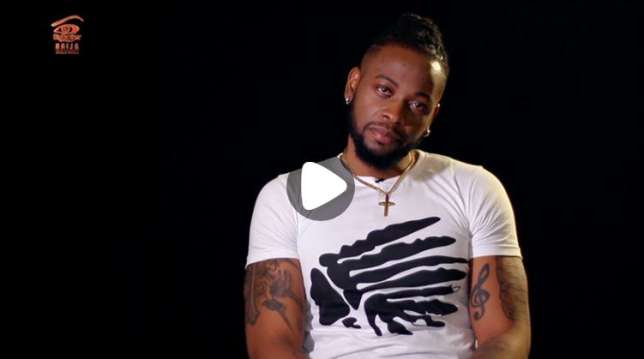 Teddy A has joined the least of contestants evicted from the Brother Naija reality Tv show.

Ebuka Obi-Uchendu announced on Sunday, April 1, 2018,  the housemate as the latest to exit the house.

Teddy A’s eviction comes a day after Bambam’s shocking eviction and a week after Anto and Khloe’s return to the house.

He joins other evicted housemates, Ahneeka and Angel, Bitto and Princess (Pritto, Vandora and Dee-One (Van-Dee)  and Leo and Ifu.

Until his enviction, Teddy A was officially the oldest housemate in the reality television show, and he was once caught on camera displaying the underwear of a fellow housemate, Nina.

The eviction was another rude shock Teddy A has suffered in less than 48 hours, as his strategic partner and lover, Bambam, was evicted on Saturday night after the House party.