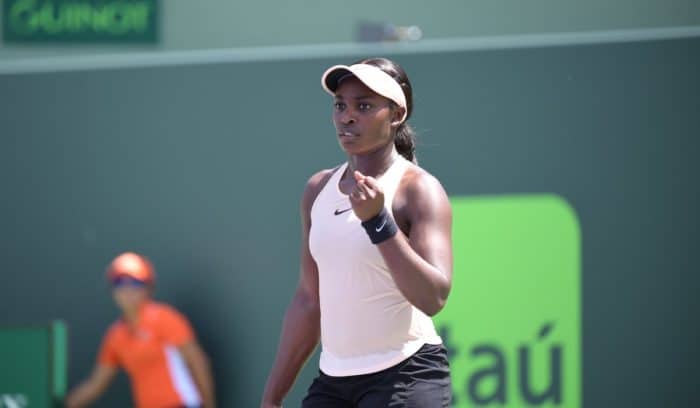 Stephens, who has now won all six finals she has competed in, had been determined to win the last tournament at Key Biscayne before it moves next year.

Ostapenko, who is the reigning French Open Champion came into the match without having dropped a set or lost a tiebreak during the entire Miami finals, but both run came to an end in her encounter with Stephens.

The victory will be crowned come Monday as she’ll make her long-awaited Top 10 debut,  climbing to World No.9.