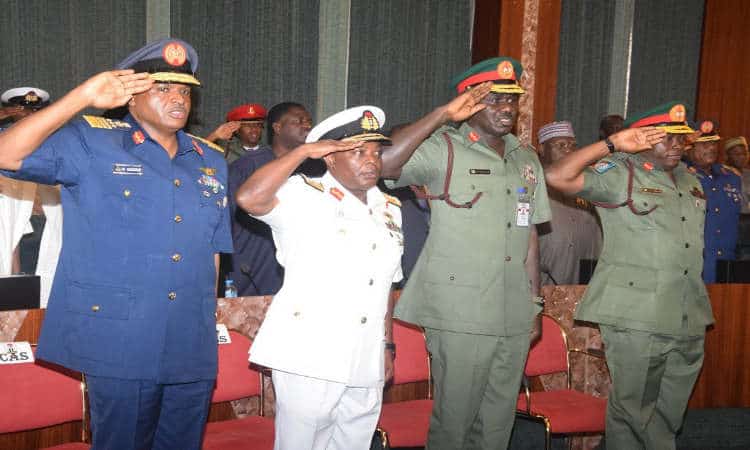 The Yoruba Council of Elders (YCE) has urged President Muhammadu Buhari to sack all his service chiefs over their alleged failure to curb killings in the country.

Rising from an expanded National Executive Council (NEC) meeting held in honour of its late president, Chief Idowu Sofola (SAN), the YCE said majority of Nigerians have lost confidence in the service chiefs.

The Council singled out the Inspector- General of Police, Ibrahim Idris, for blame on security breaches and lack of action to curtail killings of innocent Nigerians.

While pointing out that some of the service chiefs are already overdue for retirement, the YCE urged Nigerians to be guided by the Federal Character principle when considering candidates to replace them to balance ethnic composition.

The group urged Buhari to declare herdsmen allegedly responsible for killings, rapes and other crimes in some parts of the country as terrorists.

The communique reads in part: “The Yoruba Council of Elders calls on Mr. President to relieve the present security chiefs, some of whom are already overdue for retirement of their position and immediately reconfigure the security architecture of the country to reflect the federal character clause in our constitution.

“Most Nigerians have lost confidence in the security chiefs especially the Inspector-General of Police, Ibrahim Idris, whom the President has publicly acknowledged as disobeying his instructions.

“The President must shed and toga of Baba go-slow and act promptly on this matter to once again inspire the confidence of Nigerians in his administration.

“A military which publicly claimed to be neutral where the law of the land is being violated and innocent citizens are mindlessly murdered by armed herdsmen is definitely partisan and can no longer be trusted to protect all Nigerians.”

The communique was signed by the YCE Secretary-General, Dr. Kunle Olajide and the chairman of the Ekiti Council of Elders, Prof. J. O. Oluwasanmi.