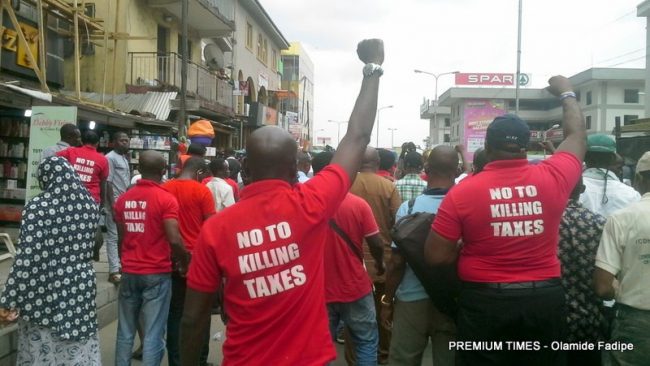 The Nigerian Bar Association (NBA), Ikeja branch defied the Lagos State police command on Thursday as it embarked on its planned protest against the new land use charge introduced by the state government despite an earlier threat of arrest. Naija News Gathers

The protest held about 24 hours after a police siege at the lawyers’ secretariat in Lagos to intimidate officials and ultimately prevail on them not to embark on the protest because it was scheduled for same day as President Muhammadu Buhari’s visit to the state.

Joining the Ikeja NBA at the march were the Trade Union Congress (TUC), Committee for the Defence of Human Rights, Joint Action Front, as well as other civil society groups.

The protest was staged in different parts of Lagos including the Tejuosho market in Yaba; Ojuelegba; Ayilara and Itire road; Agege market; and the Pen Cinema roundabout.

Addressing the crowd, Adeshina Ogunlana, the chairman of the Ikeja NBA, reiterated his earlier position that Lagosians should ignore any land use charge notice served them by the state government.