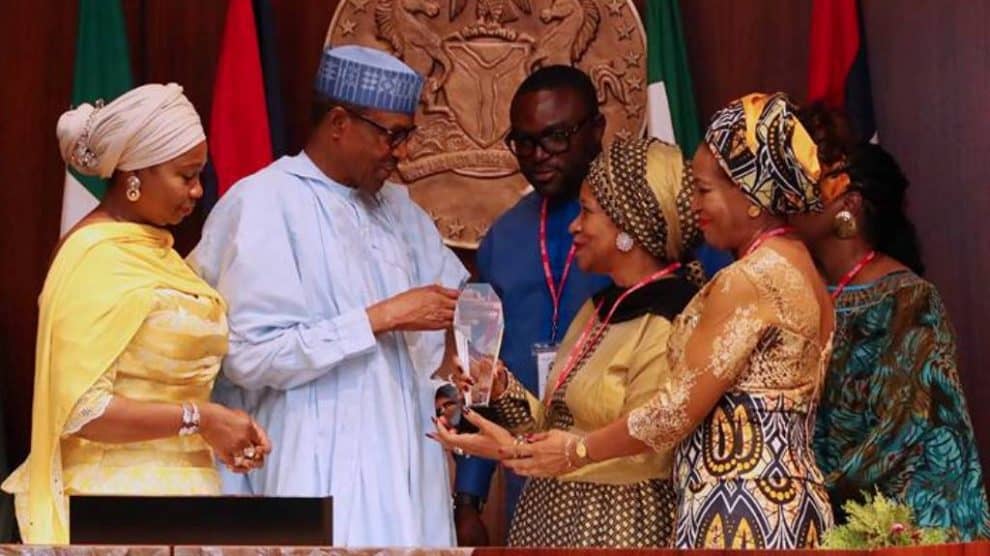 Following the much publicised event of Tuesday, March 27, where President Muhammadu Buhari was given an award in Abuja by visitors purportedly from the family of late African American civil rights leader Dr. Martin Luther King Jr., The King Center has issued a statement denying that the award was issued by them or the children of MLK Jr.

The award given to President Buhari of Nigeria was not given by The King Center, at the request of The King Center or by the children of #MLK and #CorettaScottKing. @MrFixNigeria

Those who gave the award are related to the late civil rights activists, but they are not his direct descendants. One of the guests is reportedly King’s brother’s wife and another a nephew as reported in the Daily Sun on Tuesday.

In a tweet shortly after the award was given, The Presidency tweeted: “President @MBuhari today at the State House received Martin Luther King Jnr’s family. He was also conferred with the 1st Black History Month National Black Excellence and Exceptional African Leadership Award 2018. #AsoVillaToday”

As at press time, The Presidency has not reacted to the development. However,several Nigerian have also reacted to  the Fake Award presented to the presidency

Kayode Ogundamisi, a popular social activist and political commentator who campaigned for President Muhammadu Buhari as a presidential candidate in 2015 has taken to twitter to mock the president for allegedly falling for a scam MLK leadership award.

Our president is not aware he personally received the fake award, Jonathan foisted the award on Buhari to embarrass his incorruptible govt, I can assure you that the president will set up a technical committee to investigate the $3m MLK award scam.

If any of you have any https://t.co/snDh8U1NEX will know it is not Buhari they embarrassed but the whole of Nigeria.