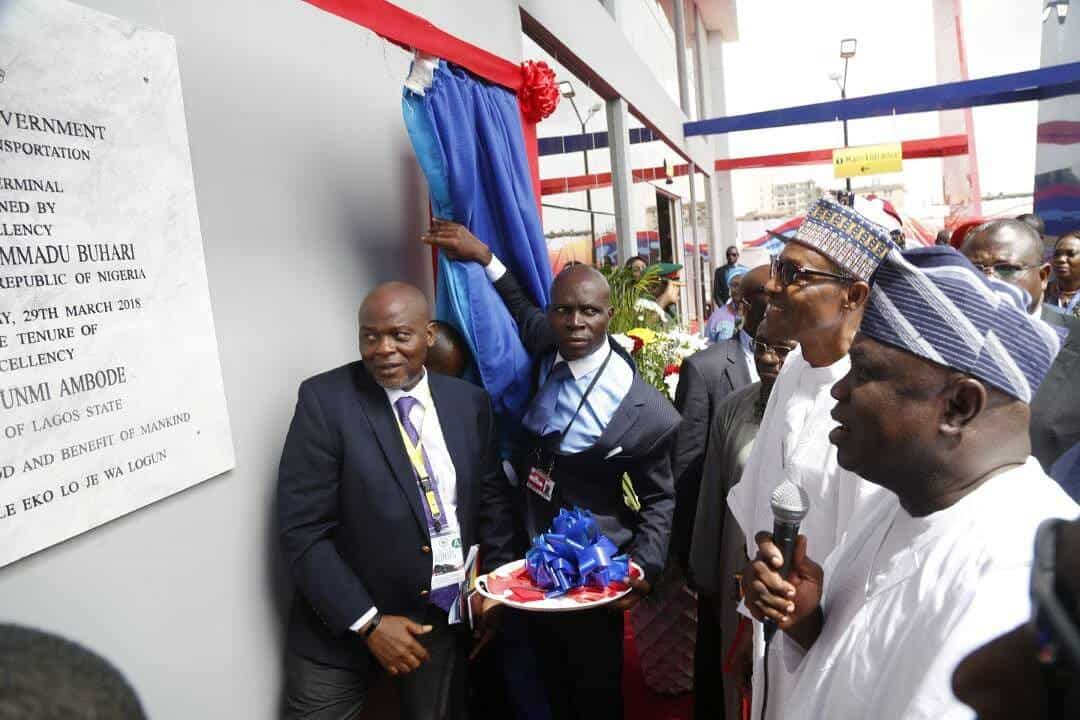 President Muhammadu Buhari has commended Lagos State Gov. Akinwunmi Ambode for the development he had brought to the state in the space of three years. Buhari gave the commendation while inaugurating the Ikeja Bus Terminal, shortly after arriving in the state for a two-day official visit.

The president, in his brief remarks during the ceremony, lauded Ambode for his reform in the area of public transportation.

Buhari said that the Federal Government, on its part, would adhere to its plan for the ports and other transport infrastructure in the country.He also reiterated his administration’s commitment to tackling security challenges, stabilising the economy, creating an enabling environment for jobs and returning Nigeria to its pride of place in the comity of nations.

In his remarks, Ambode specially thanked President Buhari for waiving the import duty on the five thousand air-conditioned buses which would be operated from the terminal. He said the state looked forward to having an assembly plant for the buses in the next 20 months.

Ambode said his administration was committed to improving public transport infrastructure and management. He said with the state’s bus reform project, 5,000 new buses would be introduced in the next three years.According to him, 820 environmentally-friendly high-capacity buses, in the first phase, are expected by September.